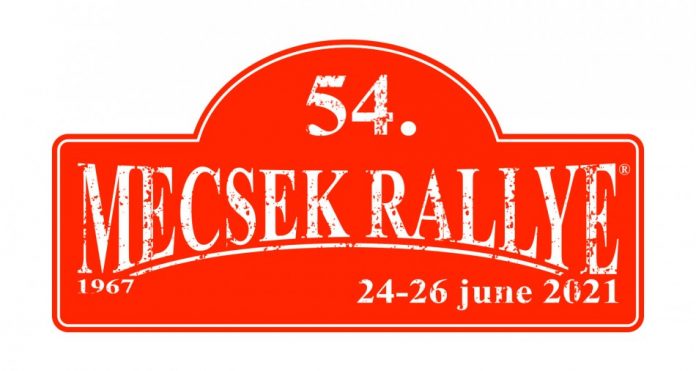 The 54th Mecsek Rally has attracted entries for the Round 3 of the FIA European Historic Rally Championship from 11 different nations across Europe.  The event, which was the season finale in 2019, is based in the city of Pecs and runs from Thursday 24 to Saturday 26 June.

There are six entries in Category 4 from Hungary, Spain, Italy, Austria and Finland.

Championship leader Daniel Alonso will make his third outing in the Ford Sierra RS Cosworth 4×4 and he will be joined by his co-driver in the Czech Republic Candido Carrera.

Sanremo Rally Storico winner Lucio Da Zanche will make his second outing of the season in the rapid Porsche Carrera RS SC and Matteo Nobili will be his co-driver in Hungary.

Finland’s Ville Silvasti and Risto Pietilainen in the Audi quattro A2, Carlos Sampayo Cao and Alejandro Cid Alvarez in the Renault 11 Turbo and Alfons Nothdurfter and Juergen Nolte in their Ford Sierra Cosworth 4×4 will all take the start ramp for the 54th Mecsek Rally.

Sweden’s Lars Soderstrom and Felicia Ogeheim Grundtman will be making their first EHRC start of the season in the Tractive Motorsport run Ford Sierra RS Cosworth.

The EHRC entry for Category 3 in Vltava will consist of four cars, with the winners of the opening two rounds of the 2021 season, ‘Zippo’ and Denis Piceno, looking for three in a row in their Audi quattro.

Reigning champions Karl Wagner and Gerda Zauner will make the trip to Hungary to challenge the Italians for victory on the Mecsek Rally in their Porsche 911 after being denied the overall win in the Czech Republic last month by just 4.5 seconds.

Siegfried and Renate Mayr will start their third rally of the EHRC season in the Volvo 244 while Austria’s Georg Reitsperger and his Croatian Co-driver Lana Sutlovic will once again be out on the stages in their VW Golf 1 16S.

Category 2 has received the largest entry for the 54th Mecsek Rally with nine cars due to take the start ramp.

After their superb run to class victory and third overall in the Czech Republic, Ingrid and Anders Johnsen travel to Hungary at the head of the championship in their Porsche 911 RSR.  The Swedes are currently just 7 points ahead of Ernie and Karen Graham in the Ford Escort RS1800, the British couple hoping to put the technical woes the car suffered on the Vltava Historic Rally behind them.

Just 1 point behind the Ford Escort is the Alfa Romeo GTam 1750 of Laszlo and Edit Mekler, who are the only Hungarian entries in Category 2.  They are, in turn, just 1 point ahead of Paolo Pasutti and Giovani Campeis in the Porsche 911RS.

Round 1 winners Maurizio Pagella and Roberto Brea are back after missing Round 2 in the Czech Republic in their Porsche 911 Carrera RS.

After finishing 2nd on home soil last month, Czech pairing Vojtech Stajf and Vladimir Zelinka will travel to Hungary to compete in the yellow Opel Kadett.

Austrians Michael Putz and Elisabeth Trimmel will be making their 2021 debut in the BMW 2002Ti, while their compatriots, Richard and Lucie Ronay will be starting their second rally of the season in their Ford Escort. The distinctive VAZ2101 of Estonian duo Villu Mattik and Arvo Maslenikov will also be competing in Hungary.

Category 1 championship leaders Antonio Parisi and Giuseppe D’Angelo have made it two wins from two starts in 2021 in their Porsche 911S. Fellow Italians Carlo Fiorito and Marina Bertonasco will make their second EHRC appearance this season in their BMW 2002Ti