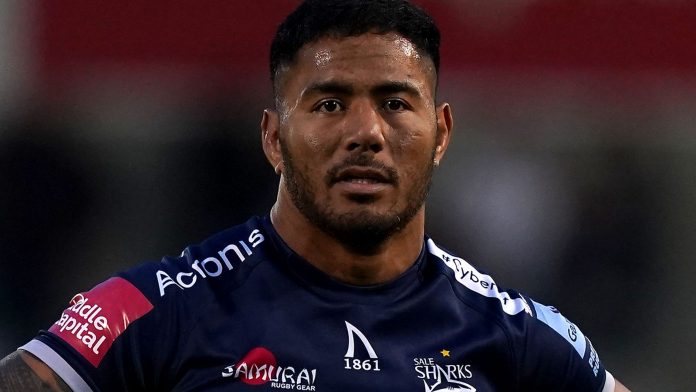 Training squad strengthened by personnel from losing Gallagher Premiership semi-finalists Sale and Bristol; no Saracens players selected, so Billy Vunipola joins other big names in being rested; England also without 12 players picked by the Lions

Manu Tuilagi has been named in a revised England training squad for the summer Tests against the USA and Canada.

Tuilagi is three games into his comeback from the Achilles injury he sustained in September – and has now been selected in the 36-strong group that will continue preparations at The Lensbury in Teddington.

The 30-year-old was absent from the England midfield during the autumn and Six Nations campaigns but the Sale centre could now feature in next month’s Tests, which are preceded by a second-string international against Scotland ‘A’.

The squad has been strengthened by personnel from losing Gallagher Premiership semi-finalists Sale and Bristol, but there will be no players from Saracens involved, including Billy Vunipola.

Vunipola has joined George Ford, Ben Youngs, Jonny May and Mark Wilson in being rested, while England have supplied 12 players to the British and Irish Lions squad for their upcoming tour to South Africa.

Players representing Premiership finalists Exeter Chiefs and Harlequins will join the squad after the Twickenham showpiece on June 26, with an updated squad due to be named on June 28.

The game against Scotland ‘A’ is at Welford Road next Sunday (June 27) and head coach Eddie Jones said: “We had a really good training week last week. We’ve now added some new players and are looking forward to working with them.

“We will treat the week as a Test week, everyone will work hard and be ready for a competitive game on Sunday.”