Home Sport DeChambeau an inch from an ace! 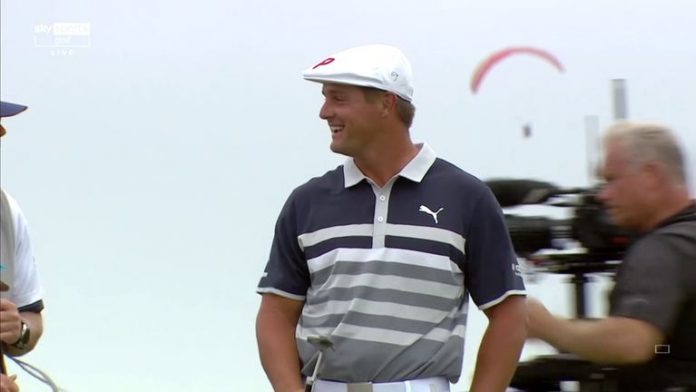 Bryson DeChambeau produced one of the shots of the week at the US Open as he came within an inch of a spectacular hole-in-one in the final round.

DeChambeau was tied for the lead with Rory McIlroy after seven holes at Torrey Pines, with a succession of star names also in contention including Jon Rahm and two-time champion Brooks Koepka.

But the defending champion made a decisive move at the par-three eighth, where he launched a short-iron on a great line and got a soft bounce from the receptive green.

His ball began to take the break and appeared to be heading for the bottom of the cup, but it came to rest close to the right lip, leaving him the easiest of tap-ins to snatch the outright lead.