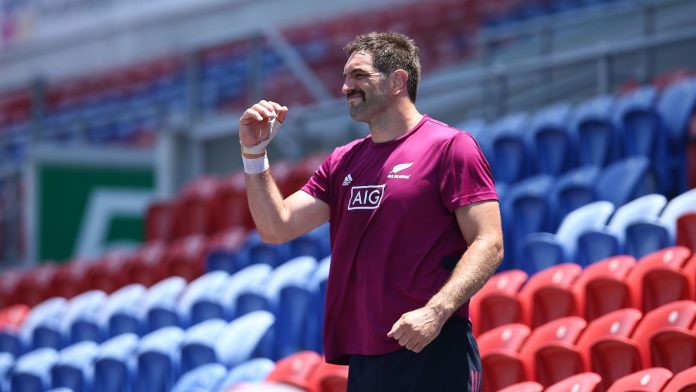 Ian Foster has turned to Sam Whitelock to captain the All Blacks in place of the injured Sam Cane for two Tests against Fiji and one against Tonga in July.

Foster said Cane, who is sidelined with a pectoral injury, would still have involvement with the squad and that selecting 122-cap lock Whitelock to lead the team onto the pitch had been a simple decision.

“He’s an outstanding All Black, we don’t use that word often, but I think he deserves it,” Foster said.

“He’s been a member of the leadership group for a long time and we’ve got a lot of faith in that group.”

Foster’s main selection quandary was in the centres, where last year’s starters Jack Goodhue and Anton Lienert-Brown are both injured and Ngani Laumape is set to depart New Zealand for Stade Francais and the Top 14.

Lienert-Brown was named in the hope that he will recover from elbow surgery in time to play some part in the July campaign, while a call-up Waikato Chiefs inside centre Tupaea was something of a surprise.

“The biggest conversations we had were about the midfield,” Foster added.

“We’ve picked five midfielders, Anton’s injury has allowed us to bring in Quinn. We haven’t got a lot of 12s.”

David Havili, who last wore an All Blacks jersey in 2017 but gets a recall after successfully transitioned from full-back this season, Braydon Ennor and Rieko Ioane were the other centres named in the squad.

Scrum-half Christie gets his chance after some eye-catching performances in Super Rugby Trans-Tasman for the Blues, who beat the Highlanders in the final on Saturday.

TJ Perenara, who usually vies for the number nine jersey with Aaron Smith, is ineligible for selection after taking a sabbatical in Japan.

New Zealand play Tonga in Auckland on July 3 before back-to-back tests against Fiji in Dunedin and Hamilton.