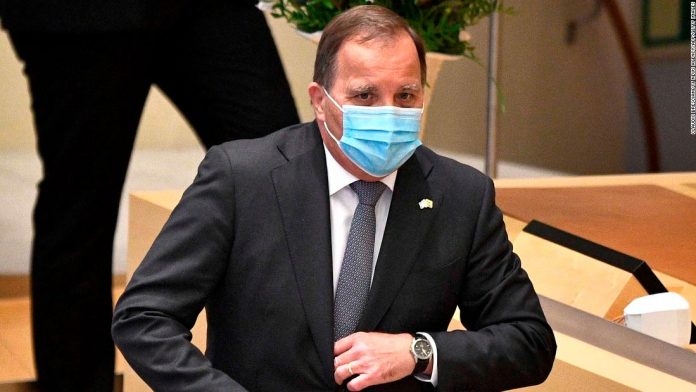 The nationalist Sweden Democrats had seized the chance to call the vote after the formerly communist Left Party withdrew support for the center-left government over a plan to ease rent controls for new-build apartments.
Sweden Democrat leader Jimmie Akesson told parliament the government was harmful and historically weak, adding: “It should never have come into power.”
The no-confidence motion, which required 175 votes in the 349-seat parliament to pass, was supported by 181 lawmakers.
Lofven, 63, is the first Swedish prime minister to be ousted by a no-confidence motion put forward by the opposition. After the vote, Lofven said he would hold discussions with other parties and decide whether to resign or call snap elections within a week.
His shaky minority coalition with the Green Party has relied on support in parliament from two small center-right parties and the Left Party since a tight election in the European Union member state in 2018.
The Left Party blamed Lofven for triggering the crisis.
“It is not the Left Party that has given up on the Social Democrat government, it is the Social Democrat government that has given up on the Left Party and the Swedish people,” Left Party leader Nooshi Dadgostar said.
With parliament deadlocked, it is not clear to whom the speaker might turn to form a new government if Lofven resigns. Opinion polls suggest the center-left and center-right blocs are evenly balanced, so a snap election might not bring clarity either.
Dadgostar said that even though her party had voted against Lofven, it would never help “a right-wing nationalist government” take power.
A new government — or a caretaker administration — would sit only until a parliamentary election scheduled for September next year.

Humanitarian Response Plan: food is the number one need