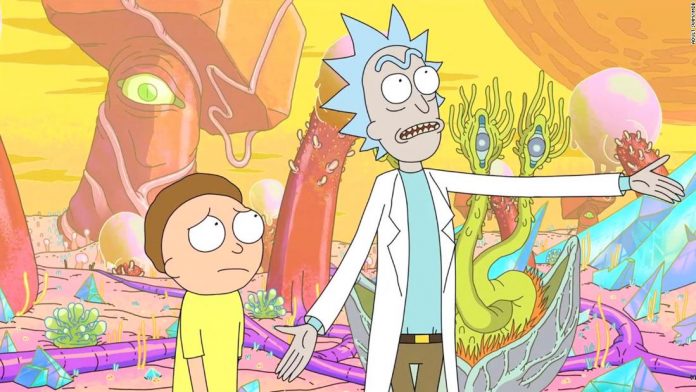 Rick’s nemesis Mr. Nimbus has returned in “Mort Dinner Rick Andre,” a take on “My Dinner With Andre.”
Morty had crash-landed Rick’s ship in the ocean, and Mr. Nimbus comes over in an attempt to make peace. Instead, Rick spends the show trying to avoid a war with him.
Beth and Jerry try for romance again after a fallout last season and Morty tries to get close to Jessica, who he has a date with on the same night of the dinner with Nimbus. It ends up with Morty skipping back and forth to another dimension to get Jessica wine while Rick yells for him to help.
Summer doesn’t have much of a presence in this episode, although she goes to the Mariana Trench to find a seashell is the source of Nimbus’s power.
New episodes of “Rick and Morty” premiere on Adult Swim Sundays at 11/10c p.m.
“Rick and Morty” Season 4, Episode 8 is available to watch for free on Adult Swim’s website.