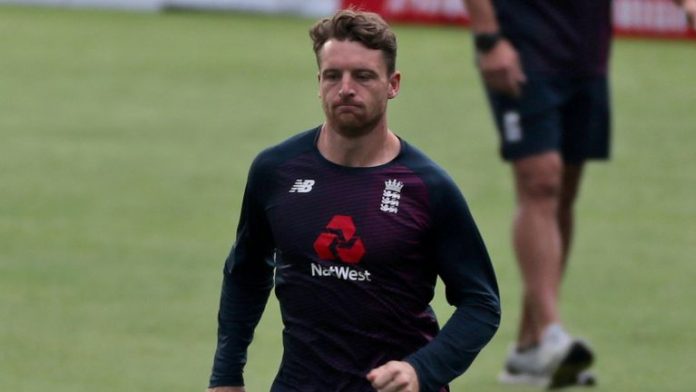 “It’s always frustrating to miss games. You wish you were available for everything”; Jos Buttler says there are no ‘perfect answers’ to England’s rotation conundrum but admits it is frustrating to miss Test matches; watch IT20 vs Sri Lanka from 6pm, Wednesday on Sky Sports Cricket

Jos Buttler admitted it was frustrating to miss England’s Test series defeat to New Zealand but says there are no “perfect answers” given the hectic international schedule.

The 30-year-old wicketkeeper-batsman was among a group of England players rested for the defeat to the Black Caps after featuring in the Indian Premier League, before the tournament was postponed.

With the T20 World Cup and the Ashes in Australia following a five-Test home series against India, England have continued to adopt a policy of rest and rotation for their multi-format players, meaning Buttler has sat out the last five Tests in which Joe Root’s side have lost four and drawn one.

“I don’t think there are any perfect answers,” said Buttler. “We play a lot of cricket and it’s important for everyone to be looked after.

“I think in England we’re playing a lot of cricket, more than most, I think. And obviously there’s a lot of cricket left this year and there’s some big cricket to come up. I think it’s important for everyone to be looked after really well and I think the ECB does a good job of that.

“Of course, it’s always frustrating to miss games. You wish you were available for everything. But in the current climate with all the complications of COVID etc, I do think we have to look after our people.”

Buttler said it was “the dream” to play in all five Tests against India this summer and in the Ashes over the winter despite a “daunting” schedule and believes the red-ball side is improving despite recent setbacks.

“In the past 18 months to two years, there have been some strides made, and the side is going in the right direction,” he said.

“Some key personnel weren’t playing in the games just gone. Things are still in a good place.”

Buttler says he would prefer to open the batting for England at the T20 World Cup but is ready to play wherever the team needs him most.

The white-ball vice-captain, who is preparing to play in England’s three-match IT20 series against Sri Lanka, starting on Wednesday, also expects to feature for Eoin Morgan’s team rather than the Rajasthan Royals if, as expected, the rescheduled IPL coincides with international series against Pakistan and Bangladesh.

“Usually the IPL doesn’t clash with any international cricket,” Buttler added. “When it does clash, probably England will take precedence.”