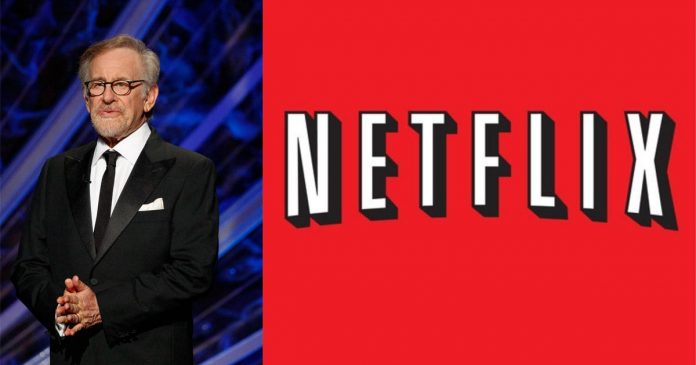 Netflix has struck a deal with Steven Spielberg’s Amblin Partners, a global film and television studio, for a partnership that will cover multiple new feature films per year, Netflix said in a press release.

Spielberg said the minute he and Netflix co-CEO and Chief Content Officer Ted Sarandos started discussions, “it was abundantly clear that we had an amazing opportunity to tell new stories together and reach audiences in new ways.”

“This new avenue for our films, alongside the stories we continue to tell with our longtime family at Universal and our other partners, will be incredibly fulfilling for me personally since we get to embark on it together with Ted, and I can’t wait to get started with him, Scott, and the entire Netflix team,” Spielberg said in a statement.

Sarandos, who called Spielberg “a creative visionary and leader,” said his “growing up was shaped by his memorable characters and stories that have been enduring, inspiring and awakening.”

Amblin Partners has not only been behind Spielberg’s iconic films, including Academy Award-winning “Schindler’s List,” and “Saving Private Ryan,” but has also produced films such as “Almost Famous, “Cats” and “American Beauty.”

Spielberg’s production company was recently involved with Academy-Award winning “Green Book,” and “1917,” and worked with Netflix on the Academy Award-nominated “The Trial of the Chicago 7.”

Netflix and Ambiln are currently collaborating on “Maestro,” a film written and directed by Bradley Cooper about conductor Leonard Bernstein, who Cooper will portray. The film is in pre-production, according to Netflix.

While Ambilin has produced films for other streaming services, it was rumored in 2019 that Spielberg wanted to change the rules of the Oscars to block films primarily streamed online. The filmmaker set the record straight.

“I want people to find their entertainment in any form or fashion that suits them,” Spielberg said in an email to the The New York Times. “Big screen, small screen — what really matters to me is a great story and everyone should have access to great stories.”