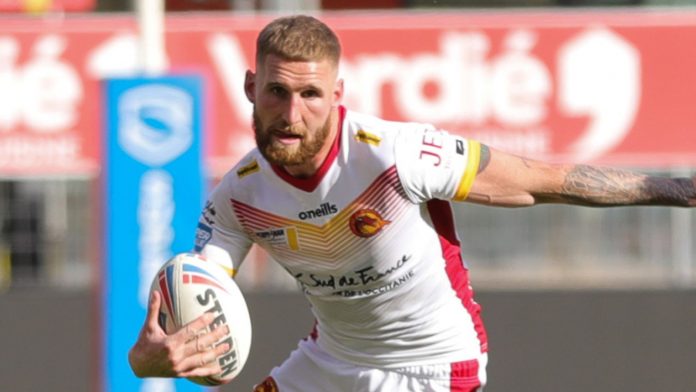 Watch England take on the Combined Nations All Stars, live on Sky Sports Main Event and Sky Sports Arena on Friday from 8pm

Barrie McDermott casts his eye over the big battles that we could see when England take on the Combined Nations All Stars, live on Sky Sports……..

There’s only one place to start this week – and I can’t wait to see England go head-to-head with Super League’s best of the rest on Friday night.

With Great Britain half-back Jackson Hastings already named as one of the Combined Nations All Stars co-captains, it appears Jake Connor will also be representing Tim Sheens’ men – likely up against Sam Tomkins at the Halliwell Jones Stadium.

What a battle that promises to be!

It looks like it’s becoming a probables vs possibles, with several English-qualified players turning out for the All Stars and getting the chance to prove they can match it with their nearest rivals. Although it’s not quite England vs Exiles, I believe it’s a benefit to see more British-qualified players, and I don’t see a problem with that.

Reigning Man of Steel Paul McShane should make his England debut at the age of 31, while Mikolaj Oledski is in line to make history as the first Poland-born international.

I’ve seen both players come through the ranks, and believe both of them fully deserve their chance.

Paul has had to be patient – and, almost when it seemed like the opportunity may have eluded him, he will get his chance, and I personally would give him the starting shirt.

Mik has represented England at nearly every level but to do it the at the top is a credit to him, his family and his coaches. Those with a good memory may remember me saying in March it should be his goal and realistic target, and he has earned the right to stake a claim for a World Cup squad place.

England vs Combined Nations All Stars

Joe Westerman could return to the international fold, seven years after his debut against Samoa; while it’s a shame we won’t see George Williams involved, amid rumoured Warrington interest in the former Canberra half-back.

George has always done his talking on the field so watch out for a new and improved George Williams with a new skill set and a huge motivation to perform to the highest level – his chance will come again.

With George not available, it would have been just reward for Jordan Abdull to join the international set-up even if he didn’t make the 17.

The Hull KR man is joint-leader of the Steve Prescott Man of Steel rankings and has been a huge influence on the Robins this year. His consistency deserved recognition but Shaun Wane has said World Cup spots are still up for grabs.

For what it’s worth, here’s my England 17 to take on the All Stars: