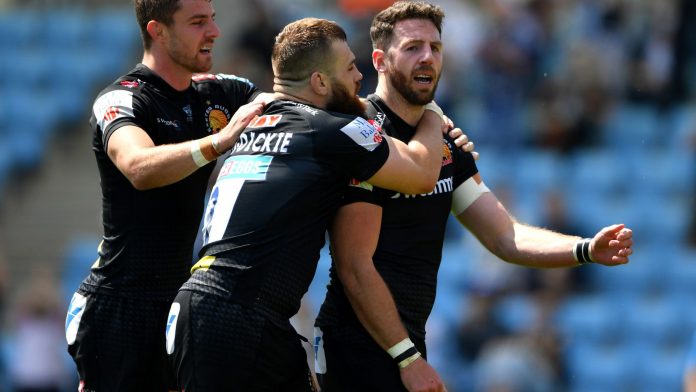 Alex Cuthbert has been with Exeter Chiefs since 2018; he has been capped 47 times by Wales and toured with the Lions in 2013; Cuthbert: “Joining the Ospreys was just an exciting prospect and one I couldn’t turn down”

Exeter wing Alex Cuthbert has agreed a one-year deal with the Ospreys that will see him return to Wales later this summer.

The Ospreys have confirmed their move for 31-year-old Cuthbert, who is set to be part of Exeter’s matchday squad against Gallagher Premiership final opponents Harlequins at Twickenham on Saturday.

Cuthbert, who has won 47 Wales caps and toured Australia with the 2013 British and Irish Lions, joined Exeter in 2018 from Cardiff.

He becomes the third Chiefs player recruited by the Ospreys for next season, following forwards Tomas Francis and Elvis Taione.

Cuthbert said: “I believe I can add quite a lot to the team, and joining the Ospreys was just an exciting prospect and one I couldn’t turn down.

“I know I have to knuckle down, work hard and prove myself with my performances on the pitch. It’s a new chapter for me, and I am really looking forward to the challenge.”

“He will bring with him his experience of playing Test rugby and experience with a team that has a proven winning mentality, having been Premiership and European Champions in 2020.”