Home Sport Styrian GP: When to watch on Sky as F1 heads to Austria 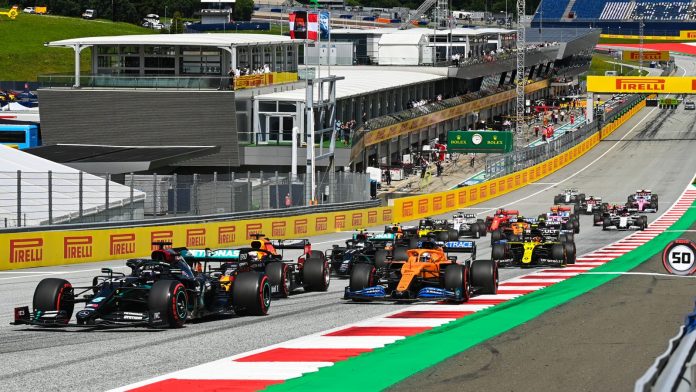 The middle leg of F1’s triple header takes the sport to Austria for the first of two consecutive races at the Red Bull Ring; Qualifying and the Race each at 2pm across the weekend live on Sky Sports F1

Formula 1 heads to Austria this weekend for the first of two races at the Red Bull Ring circuit – with the Styrian Grand Prix all live on Sky Sports F1.

After extending their championship leads in France, Max Verstappen and Red Bull will hope to build on that momentum at the team’s high-speed home track – which always seem to throw up dramatic F1 weekends.

Just like last year, there will be back-to-back Grands Prix at the Red Bull Ring, starting with the Styrian GP – named after the stunning mountainous region in which the 2.6-mile track is situated.

Every session is live only on Sky Sports F1, with qualifying at 2pm on Saturday and the race at 2pm on Sunday.

The Return of the Ring 🇦🇹

Mercedes won both the Austrian and Styrian GPs last year as the back-to-back kicked off the shortened 2020 campaign, although will have their work cut out to stop Red Bull this time around.

The title challengers hold a 36-point lead in the team standings, while Verstappen is 12 points clear of world champion Lewis Hamilton.

Sky F1’s live shows begin on Thursday afternoon with The F1 Show – also shown for free live in the UK and Ireland on YouTube.

Get Sky Sports F1 for just £18 extra a month

Don’t miss a second. Watch every race live, only on Sky Sports F1.