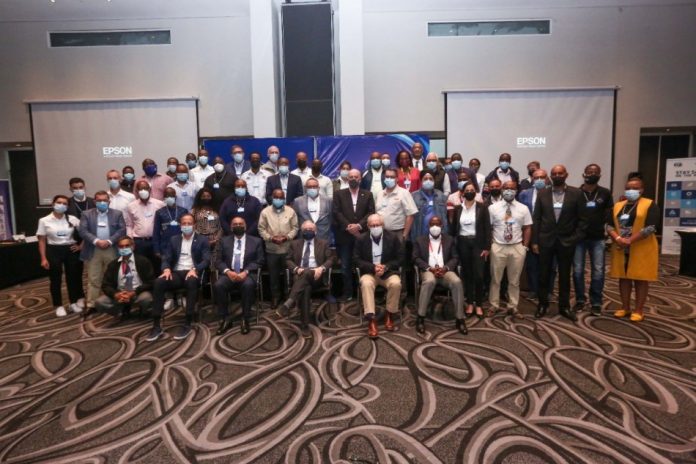 The sixth edition of the FIA Sport Regional Congress Africa took place on July 22-23 in Nairobi, Kenya coinciding with the staging of the Safari Rally Kenya, a return to the FIA World Rally Championship after an absence of 19 years.

The FIA President Jean Todt was in attendance along with Graham Stoker, the Deputy President for Sport and Peter Bayer, Secretary General for Sport.

They were joined by Amina Mohamed, Kenya Cabinet Secretary for Sports, Heritage and Culture and member of the WMSC, Phineas Kimathi, the President of the Kenya Motor Sports Federation (KMSF) and Surinder Thatthi, FIA Vice-President of Sport for the African region, the event host.

Representatives from 15 out of 21 FIA National Sporting Authorities (ASNs) and National Automobile Clubs (ACNs) attended along with several participants joining by video conference for the first time.

The programme, organised by the FIA Development Department, provided an invaluable opportunity for clubs and the FIA to share knowledge and experiences of confronting the challenges of the COVID-19 pandemic.

Presentations and discussion focused on how best to advance motorsport in the African region and addressed current challenges and new opportunities for ASNs through FIA initiatives such as Motorsport Games, Rally Star, the Safe and Affordable Helmet programme and the growth of Cross Car as an entry level competition.

The FIA Safe and Affordable Helmet initiative, which is aimed at facilitating the deployment of motorcycle helmets that meet UN safety standards, will be marked by an official ceremony at Kenyatta International Conference Centre in Nairobi on Thursday, June 24.

The event will be held in the presence of Uhuru Kenyatta, President of the Republic of Kenya, and FIA President Jean Todt, the United Nations Secretary General’s Special Envoy for Road Safety. The occasion will also serve to launch the Helmet Wearing Coalition for Kenya, supported by the FIA Foundation.

Perhaps not surprisingly given the African continent’s strong links to rallying, there was special interest from attendees in FIA Rally Star – a global talent detection and nurturing programme for boys and girls aged 17 to 26.

It was noted that one African driver will win a full season including coaching, testing and six rallies at the wheel of a Fiesta Rally3 car while the best African girl will qualify for the women’s final of Rally Star. The African final will be held in mid-May 2022.

Also revealed was the Speed Trials concept in which the FIA Safety Department, acknowledging the dangers of street racing, will support ASNs with expertise and guidelines to bring this type of event in to a safer, better controlled environment.

The Congress programme included sessions on how ASNs, supported by the FIA, have adjusted to maintain motorsport activity amid the COVID-19 pandemic. Discussions focused on the showcasing of grassroots activities deployed by ASNs, and the importance of adapting to change and planning for future growth in the area of membership recruitment, risk management and commercial activity.

In his address to Congress, FIA President Jean Todt said: “I would like to pay tribute to your resilience. Despite the complexity of our times, you have put your energy in to the promotion of motorsport throughout Africa.  The African Rally Championship, which has been on hold since February 2020, resumed in April with the Equator Rally in Kenya.

“And it will continue with the Tanzania Rally at the end of July, then Uganda, Zambia, Rwanda and South Africa to finish the season.

“It is a great joy to see the World Rally Championship back in Africa after 19 years and it is very promising to see some 40 African crews on the entry list.

“In addition to the FIA Sport Grants, five countries – Angola, Ethiopia, Kenya, Uganda and Nigeria – will benefit from participation in the Sport Clubs Development Programme, under which they will receive two years of tailored mentoring and support from FIA experts to help strengthen their management structure and motorsport development strategies.

“We also need to inspire younger generations and new audiences to be more involved at all levels of motor sport; In the next months, the FIA will announce some special measures aiming at attracting young people to our sport. This is particularly relevant on your continent where the median age is around 20 years old. We must also see more women join the motorsport champion’s community here in Africa, as well as throughout the world.”