Home Culture Will Britney Spears case trigger a reckoning in the music industry? 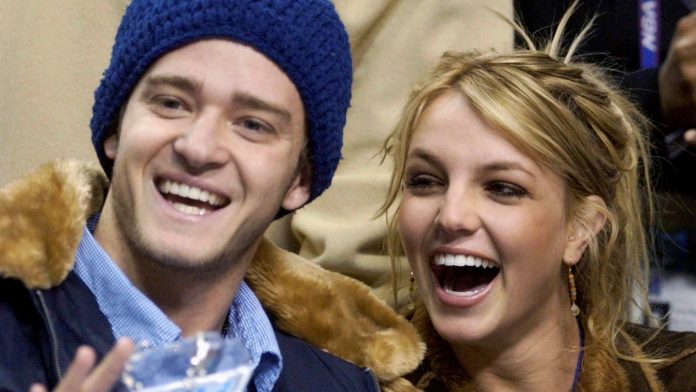 Celebrity columnist Perez Hilton was visibly incensed as he spoke to Sky News today on the “exploitation” of Britney Spears.

He also apologised for the abuse he had given her over the years on his blog, saying he felt “deep shame and regret” for his part in fuelling the media circus that brought Britney to her knees in the noughties.

Justin Timberlake was also quick to tweet support for Britney following her court appearance in which she is trying to overthrow the controversial conservatorship in place since she had a breakdown in 2008.

Timberlake’s words of support sit awkwardly next to the apology he issued to his ex-girlfriend after seemingly realising his own contribution to the damage done to the singer over the last 25 years. (He used his music video to brand Spears a cheat, and told the world he took her virginity.)

Britney’s father, Jamie Spears, via his lawyer, said he was sorry his daughter is suffering.

Entertainment journalist Ashley Pearson says the case has confirmed fans’ worst fears – that Spears has been living like a prisoner, but questions whether the conservatorship was needed in the first place and who ultimately is to blame?

“This is not just an overcontrolling dad,” says Pearson.

“He couldn’t do this on his own. There were judges, doctors and experts along the way who agreed to this. Why? What do they know that we don’t?”

Could this episode even trigger a reckoning in the music industry on a similar scale to that of Hollywood and MeToo?

In the noughties – not unlike Whitney Houston and Amy Winehouse – Britney Spears was tabloid fodder, judged not on her talent, but her private life and subsequent collapse of her marriage to Kevin Federline, the father of her two children.

After her breakdown in 2008 she was placed under the conservatorship, with her father assigned her legal guardian – the measures she is currently trying to have lifted.

It seems then Britney did need ‘saving’. Saving from the pressures of fame, the paparazzi, addiction, the people who might exploit, steal from her, use and abuse her.

Music manager Jonathan Shalit understands the harm that can be done when the entertainment industry and media are reckless. He managed Charlotte Church and Tulisa among others.

“In 1998 the world embraced Britney in a manner which would now be regarded as entirely inappropriate. Britney was globally sexualised with endorsement of even her own parents at the age of 17.

“As to whether Britney’s affairs need controlling for reasons alleged they do, the courts need to decide.

“But what I find immensely concerning is that all these years later, it is her father who continues to be the one in control, with so many issues of seemingly legitimate concern about his suitability,” Shalit told Sky News.

If the overriding concern aside from her mental health was that she would end up losing her money, so what?

She wouldn’t be the first star to go broke or file for bankruptcy, Michael Jackson, 50 Cent and MC Hammer have all been there.

Could it be that they were saved from having their assets and finances taken over by a conservatorship because they are men?

A conservatorship is usually reserved for people with dementia and at serious risk of making damaging decisions.

We can only assume the judge who granted this conservatorship had the singer’s best interests in mind, and that most likely her dad did too. But the conservatorship has lasted 13 years, and many question why Spears has only now been permitted to speak publicly about it.

With so many people around her, where was the duty of care? Rock and roll might revel in a reputation for chaos, but the well-oiled machine driving it is anything but chaotic.

The priority is understandably ensuring the ‘talent’ is protected so they can continue to be profitable. So you might assume their best interests are guaranteed.

But as this case proves, that’s a dangerous assumption.

And while the world of red carpets, private jets and decadence might seem a long way from most people’s reality, Britney’s story resonates.

By comparing her situation to being “sex trafficked” says it all.

Spears says contraceptives and lithium have been forced on her. That she is a slave. And that her father should be in jail.

Having just had her backstory packaged by the revealing New York Times documentary Framing Britney, we were prepared to be shocked by this court appearance, but still this is truly shocking.

It says so much about the controlling nature of the music industry and misogyny in entertainment.

Mark Borkowski, a PR agent and author who worked with Michael Jackson among others, concedes we’d be foolish to write off the case as an isolated or unique situation.

He describes it as a “cypher” and “emblem” for the toxicity of fame.

“There is a dark side of fame… There is currently a state of unhinged acceleration towards a… culture of hyper-egocentrism. These conditions have a profound effect on mental wellbeing. For many, the residue of fame in the 21st century is a pressurised life defined by the crowd,” says Borkowski.

So who next should apologise to Britney? Will all be revealed in the end on Oprah? Will any lessons be learnt about treating women in the spotlight with basic respect and human decency? Watch this space.