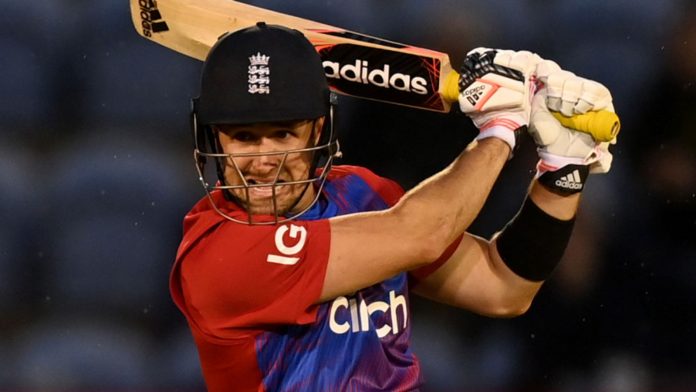 “He seems to have a swagger and a presence at the crease. Long may that continue”; Nasser Hussain believes Liam Livingstone has boosted his T20 World Cup chances with impressive displays vs Sri Lanka; watch the third of the series, live on Sky Sports Cricket from 2pm on Saturday

Nasser Hussain praised Liam Livingstone’s “swagger” and presence at the crease after his man of the match performance in England’s series-clinching win over Sri Lanka.

The 27-year-old batsman finished unbeaten on 29 from 26 balls as he helped England recover from 36-4 to chase down a revised total of 103 at Sophia Gardens, sharing a 54-run stand with Sam Billings.

The Lancashire man also bowled two economical overs of spin early in the Sri Lanka innings, as he did in the first IT20, and Hussain believes Livingstone is the fringe player to have most pressed his claims for selection for the T20 World Cup later this year.

“Liam Livingstone doesn’t strike me as someone who is under pressure,” he told Sky Sports. “He seems to enjoy his cricket, he seems to have a swagger and a presence at the crease. Long may that continue.

“The partnership between Billings and Livingstone was excellent. Livingstone, I loved the little flick for six he played because it just showed his presence. He, in particular, played in a very cool, calm way and out of everyone in these two games, I would say Livingstone has pushed his case the best.”

While there may have been a few nerves among the England camp when Jason Roy departed to leave the hosts four down, chasing a modest 112 for victory on a tricky surface in Cardiff, Hussain thinks the way the game panned out proved far more instructive than if they had romped home.

“They wouldn’t have learnt anything if they’d won again, two down,” he said. “It would be ‘oh, there you go again Bairstow and Roy are good players, Buttler was good yesterday’.

“Having that mini collapse to start with has really helped England find another couple of cricketers, given Billings and Livingstone another chance.

Top shot from Liam Livingstone! He and Billings have started well after the rain break and England now need just 17 from 24 balls to win. #ENGvSL🏴󠁧󠁢󠁥󠁮󠁧󠁿🇱🇰

“England needed that partnership and it was an important partnership for those two, they may be vying for one spot, you don’t know. Livingstone and Billings don’t get much opportunity in T20.

“The only thing I’d say is does Livingstone need to bat more in the middle (order)?

“He’s going to go off and he’s going to be batting at the top of the order (for Lancashire), does he need to bat in the middle? Because if he comes in in a World Cup semi-final, it’s going to be at six and he needs to have had lots of time and opportunities at that.”

While Livingstone was there at the end, Billings fell for 24 with the finish line in sight, but Hussain liked what he saw from the Kent wicketkeeper-batsman while he was in the middle.

“(Billings) carries the drinks a lot so his career has been stop-start and hence he hasn’t been able to kick on,” the former England captain added.

“Definitely he’s not been able to kick on in red-ball cricket, in white-ball cricket he’s just stagnated but he went out there today and he looked in good order.

“You thought you were going to see a lad who was short of time in the middle but actually from ball one, he pulled one away beautifully, he looked in good touch.

Watch the third and final T20 International between England and Sri Lanka, live on Sky Sports Cricket from 2pm on Saturday.