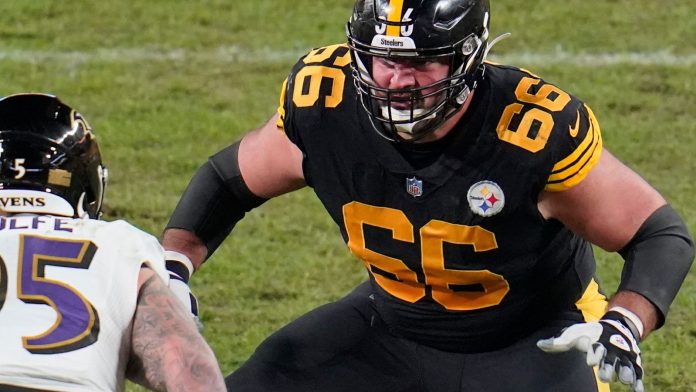 David DeCastro was the Pittsburgh Steelers’ first-round pick in the 2012 draft; he spent nine years with the Steelers and was All-Pro following the 2015 and 2017 seasons; Trai Turner joins Pittsburgh on one-year contract

DeCastro, who was released with a non-football injury designation, was in the final season of a six-year, $58m contract. The decision to part ways with him saves Pittsburgh $8.75m in cap space.

DeCastro, 31, was a two-time First Team All-Pro during his tenure with the Steelers, which dates back to 2012 when the team selected him in the first round of the draft (24th overall) out of Stanford.

“David was without a doubt one of the premier offensive linemen during his time with us,” said Steelers general manager Kevin Colbert.

“He helped us win a lot of football games, but it was David’s consistency, reliability and professionalism that stood out more than anything else. We wish him the best moving forward in his career.”

Turner was released by the Los Angeles Chargers in March to clear more than $11m in cap space.

Turner, 28, started nine games at right guard in his only season with the Chargers in 2020. He missed one game with a knee injury and six with a groin injury.

Drafted in the third round by Carolina in 2014 out of LSU, Turner started 80 of his 84 games with the Panthers from 2014-19. He made the Pro Bowl in each of his last five seasons with the team.

At least 17 killed and groom injured in lightning strike on...

‘My timing is off’: Rolling Stones drummer to miss US shows...