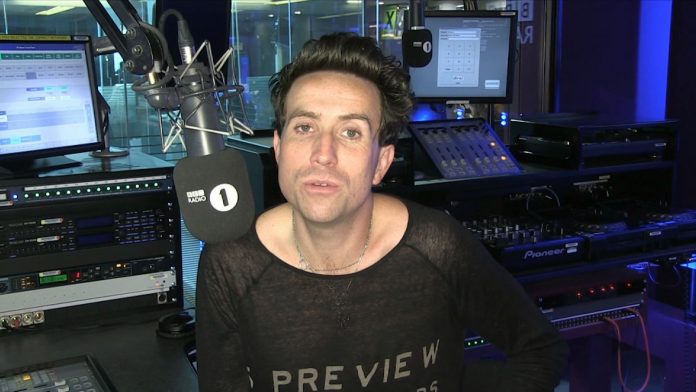 Nick Grimshaw has announced that he is leaving BBC Radio 1 after 14 years.

The 36-year-old said it was “time to go and maybe make some other dreams come true” after fulfilling his “childhood dream” at the radio station.

Some news I can finally share after giving it some thought for a while….I have decided that after 14 years on air it’s time for me to leave Radio 1. It was my childhood dream to work here and I have truly had the time of my life. But now is time for a change ✨

He said: “I have been lucky enough to make that dream come true. It has been everything I’d imagined and even more.

“I grew up wanting to connect with people and to feel accepted and the Radio 1 listeners gave me that and let me be part of their daily life, for which I will be eternally grateful.

“But over the last few months I’ve been doing a lot of thinking about my future and, after 14 years, I’ve made the decision that it’s time for me to move on – I’d like to thank the listeners, as without them none of this could have been possible, and the Radio 1 family, who have been such a huge part of my life.”

The radio presenter, from Oldham, succeeded Chris Moyles’ breakfast show in 2012 and appeared as an X Factor judge in 2015 alongside Simon Cowell, Rita Ora and Cheryl.

Ok so erm…I have some pretty exciting news…from September I’m going to be presenting Radio 1’s drive time show with the brilliant @VickNHope!

We have massive shoes to fill taking over from Grimmy but I’m super excited and look forward to this next chapter with Vick and @BBCR1 pic.twitter.com/CwbIBjzS4D

In May 2018, Grimshaw became the second longest-running host of the breakfast show on Radio 1, overtaking Tony Blackburn, and then moved on to present the drivetime programme.

Vick Hope and Jordan North will take over Grimshaw’s slot on Radio 1, the station said.

Grimshaw leaves a few months after Mac announced she would be stepping down from Radio 1 after 17 years.

Clara Amfo will replace Mac in September to host the Future Sounds show.