Home Sport Butcher: Sam Curran can do it all 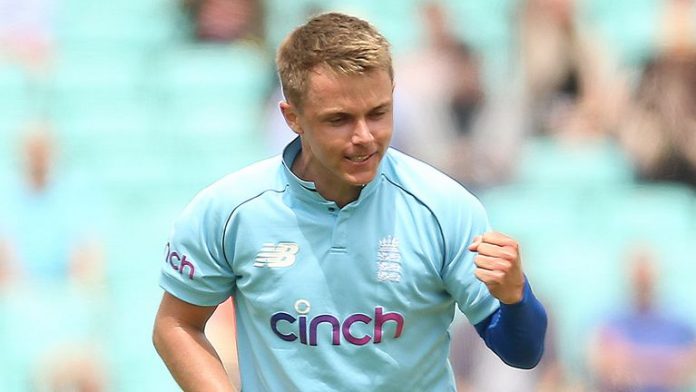 “England have a player that they can put wherever they want to depending on the situation they’re in”; Mark Butcher says England allrounder Sam Curran “can do it all” after the 23-year-old’s maiden ODI five-for in the win over Sri Lanka

Mark Butcher hailed Sam Curran as “somebody who can do it all” after his match-winning five-forin England’s second one-day international win over Sri Lanka at The Kia Oval.

Curran ripped out Sri Lanka’s top three as the tourists crumbled to 21-4 inside the opening seven overs, before finishing with career-best figures of 4-48.

The 23-year-old allrounder is putting in ever-more consistence performances for England, in all three formats, and Butcher believes the multiple facets to his game are a huge strength.

“He is genuinely somebody who can do it all,” said Butcher.

“The phrase ‘utility player’ is often used to describe sports people in this country in a slightly derogatory way. But when it comes to somebody like Curran, it’s not.

“He can open the bowling, bowl at the death, take wickets in the middle, bat at number three or at seven and can finish.

“He is going to get better too. But, already, England have a player that they can put wherever they want to depending on the situation they’re in.”

Indian cricketer Dinesh Karthik has witnessed Curran’s growth first-hand while playing against him in the IPL over the last couple of seasons.

“The main skill about him, is his ability to compete. He is really fierce,” said Karthik.

“In the IPL, it’s high pressure, every game. He has stood up to the challenge consistently and with every passing day, he is getting better.

“He has even opened the batting a couple of times in the IPL. For me, that shows that the coaches, captain, believes he has the skill in his batting.

“He has got all you need to be a good cricketer and is growing in stature every day.”