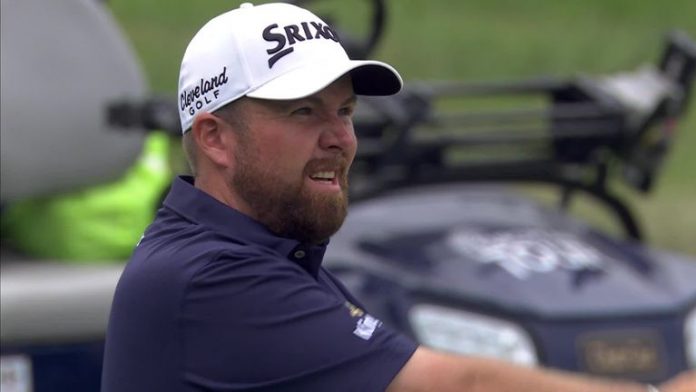 Rory McIlroy and Shane Lowry safely through to the weekend at the Irish Open, but they trail Lucas Herbert by eight shots. Watch live third-round coverage live from 1pm on Sky Sports Golf.

Reviewing the events of an entertaining second round at Mount Juliet, with Rob Lee and Paul McGinley looking back on excellent rounds from Rory McIlroy, Shane Lowry and Andy Suillivan.

Home favourites Rory McIlroy and Shane Lowry both dug deep to make the cut at the Dubai Duty Free Irish Open as Lucas Herbert retained his lead at Mount Juliet.

McIlroy needed a sub-70 round to avoid missing the cut in is home event for the fifth time in his last seven appearances, and his all-round game was vastly improved on day two as he fired a bogey-free 67 to get into the fringe of contention on five under par.

While it was job done for McIlroy at lunchtime, Lowry was staring at an early exit on Friday evening and was one shot outside the cut line with six to play before The Open champion delighted the locals with three late birdies that got him through to the weekend with plenty to spare.

The two drawcards, however, will begin their third rounds with eight strokes to make up on Herbert, who recovered from an early double-bogey at the third with six birdies in nine holes as he extended his advantage over the field to three shots.

The Australian made another mistake at 14 but hit back with his eighth birdie of the day at the penultimate hole, carding a 67 which lifted him to 13 under par and two clear of Andy Sullivan and Grant Forrest.

Both Sullivan and Forrest eagled the fifth, with the Englishman adding a 66 to his opening 67 before Scotland’s Forrest returned a 67, a score matched by Dale Whitnell as he climbed into outright fourth place on 10 under.

But the majority of the Friday focus was on McIlroy in the morning, and the 2016 winner did not disappoint the early risers outside the ropes and he gave himself the foundation to not only make the cut, but to revive his hopes of being in contention for the title on Sunday evening.

It was ‘job done’ for home favourite Rory McIlroy as he followed up his frustrating opening 72 with a bogey-free 67 in the second round at Mount Juliet.

Having been two over after eight holes of his first round, the world No 10 found starting on the back nine more to his liking and he soon got into his stride with birdies at the 10th and 12th and picked up two more at 15 and 17 to turn in 32.

McIlroy gave himself more breathing space with his fifth birdie of the round at the first, although he had to grind hard for pars over the remainder of a front nine playing around two shots tougher than the back, and his 67 was a fine reward for his efforts.

“I got off to a better start and then once you do that, you make a couple of birdies early, you start to feel like you can make a few more,” he said. “The greens were much better this morning than they were yesterday afternoon, as well, so it felt a little easier to hole putts. And that’s really what I did.

Rory McIlroy was happy with an improved all-round performance in his second-round 67 at the Irish Open, where he insists he is not affected by expectation.

“Everything was just a little bit better today and added up to a better score. It could have been a little better than what it was, playing the two par-fives at even par on the front nine. Missed a couple of chances, too, but it was better.”

McIlroy also insisted he is not weighed down by the burden of expectation when playing in front of his home fans, something that has become easier since he chose to base himself in Florida.

“It’s been a bit of a learning curve for me but definitely feel the support more than the expectation,” he added. “Honestly, it makes it easier not living here anymore, separating myself from it all and coming back and enjoying the week has made a difference, as well.

“The support is energising when you’re playing well. I feel like the momentum when it’s going with you on a week like this, it’s great. But whenever you’re struggling, it feels almost like more of an uphill battle. But it was nice out there today. I made a few birdies and the crowd got behind me and it was nice to feel that.”

The crowd certainly managed to reserve plenty of positive energy to aide Lowry’s quest to avoid a weekend off after he failed to build on a bright start, with birdies at the third and fourth setting him up nicely for a run of six holes with three par-fives to attack.

Lowry played those six holes in two over, a careless bogey at the long 10th dropping him back to two under for the tournament and one outside the projected cut mark, but he repaid the galleries with birdies at 13, 16 and 17 hauling him back to five under with McIlroy and Tommy Fleetwood.

Shane Lowry was relieved to progress to the weekend at the Irish Open after he birdied three of the last six holes to the delight of the fans at Mount Juliet.

“It’s no fun at all playing golf on the cut mark, especially in your home tournament where you’re trying so desperately hard to do well,” said Lowry. “Obviously there are a lot of people supporting me and familiar faces in the crowd, so I’m trying to play good golf for them as well as myself.

“It was a bit of a struggle today. I got off to a great start and let it slip in the middle of the round. Two under through four out here, you’re really off and running because you’ve got three par-fives in the next six holes. Then I played those next six holes in two over.

“It was tough but I battled well and showed some resilience and some good, hard, grinding out there. So I’m pretty proud of myself the way I played. To finish like that was pretty good.”