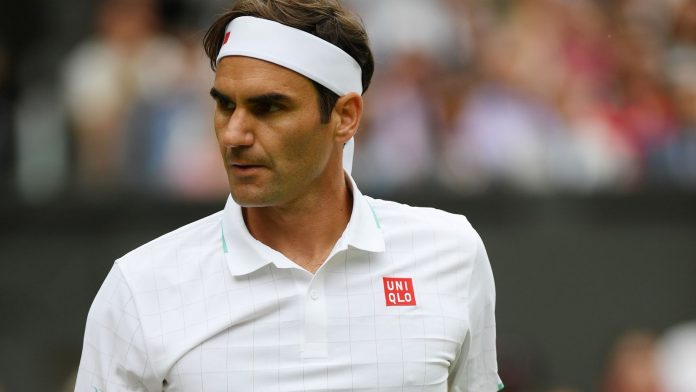 Britain’s Cam Norrie fails to follow in the footsteps of teenager Emma Raducanu by reaching the second week of Wimbledon as he is beaten in four sets by Roger Federer; the Swiss former world No 1 stays on course for a record-extending ninth title at the All England Club

Roger Federer continued his dominance over British players as he edged Cam Norrie in four sets to reach the fourth round of Wimbledon for the 18th time in his career.

Federer, who has not lost to a British player since falling to Andy Murray in the semi-finals of the 2013 Australian Open, extended his winning streak to 13 matches at tour level with a 6-4 6-4 5-7 6-4 victory on Centre Court.

Norrie was aiming to become just the second British player to defeat Federer at Wimbledon – and the first since 2001, when Tim Henman defeated a young Swiss in the quarter-finals, but despite a gallant display Federer’s class prevailed in the end.

Roger Federer is the oldest man to reach @Wimbledon Round 4 since Ken Rosewall in 1975. pic.twitter.com/7fKhnKKyIX

Sixth-seeded Federer looked to be cruising through to the fourth round at two sets ahead only for Norrie to break to love to clinch the third. That was as good as it got, though, with the sixth seed hitting 48 winners en route to the round of 16 at a Grand Slam for the 69th time in his career.

Federer said: “I’m super relieved. It was a tough battle with Cam. A little extra round but he deserved that third set.

“I thought he played excellent today and for me I felt I was really able to keep a very high level of play. He got the good break at the end of the third that cost me the set but overall I can be very happy with how I played.

“I guess this one’s special because I’m almost 40. At this point it’s all a bonus and we’ll see how far I can go here.”

The British No 2 follows Andy Murray and Dan Evans out of the tournament so, having had three men through to the third round of the singles at Wimbledon for the first time since 1999, British interest now rests in the hands of teenager Emma Raducanu in the women’s singles.

Nick Kyrgios had to retire from his third-round match against Canada’s Felix Auger-Aliassime through injury.

The Australian, who has delighted the crowds with both his antics and his tennis this week, was one set all with Auger-Aliassime when he succumbed to an abdominal injury.

Auger-Aliassime will take on Alexander Zverev after the German fourth seed matched his best performance at Wimbledon by coming from a set down to beat Taylor Fritz.

American Fritz was looking to reach the fourth round at a major for the first time despite having knee surgery less than a month ago, but came up just short.

Jamie Murray and Brazilian Bruno Soares were beaten in the second round of the men’s doubles by unseeded pair Andrey Golubev and Robin Haase.

Murray came into the tournament with a neck injury, and he and Soares have been trying to find their form since reuniting at the start of the year.