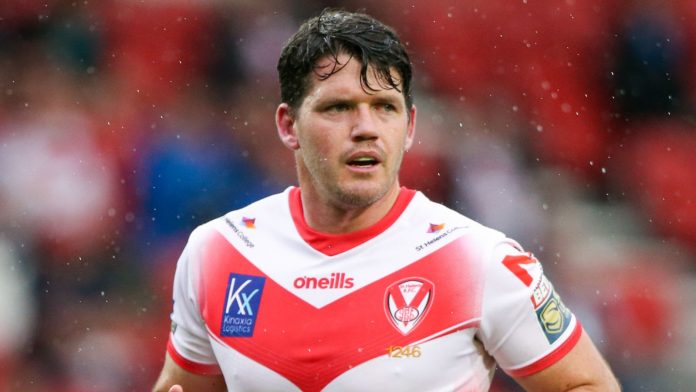 Coote scored a try and kicked six goals for the hosts as they triumphed in the Super League derby, with Regan Grace and Mark Percival also grabbing tries; Liam Farrell’s converted try proved little more than a consolation for Wigan

Coote, who earlier this week was linked with a move to Hull Kingston Rovers next season, was instrumental as Saints dominated the first 40 minutes, putting up the kick which led to Regan Grace’s try and crossing for one of his own, along with kicking two conversions and three penalties.

Yellow cards either side of the break for Kai Pearce-Paul and Willie Isa left Wigan temporarily down to 11 men as well, with Mark Percival pushing the hosts further ahead with a try on his return to the side.

The second half became increasingly scrappy in torrential rain, but there was no stopping St Helens from putting one over on their old rivals and Liam Farrell’s converted score provided scant consolation for Wigan, who went down to their fifth loss in a row.