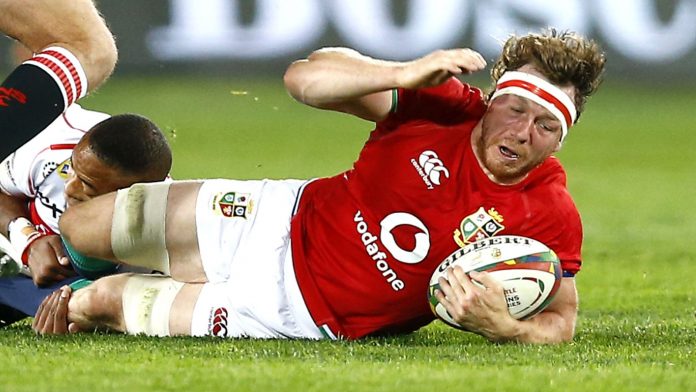 There are some notable absentees, including Scotland captain Stuart Hogg, Ireland centre Robbie Henshaw, England pair Tom Curry and Courtney Lawes, and Scotland’s bulldozing wing Duhan van der Merwe – a measure of the task facing Warren Gatland and co when they sit down to pick the squad which will take on South Africa in Cape Town on Saturday, July 24.

“You’ve got to get the set piece right. I think Sutherland has gone well, Jamie George has been consistent and his lineout throwing is the best of anyone I believe, and that has to be right.

“Tadhg Furlong is quite simply, to me, a world class tighthead, so he is going to be so important to the Lions in their set-piece but also around the field.

“I think Henderson is coming through really well, he’s impressed me in his game involvement and he’s got the experience. Itoje is a big-match player, and again is skilful.

“In the back row, I think Tom Curry probably needs another start to really get involved, we haven’t really seen him come through yet.

“Hamish Watson has played consistently well, and Tadhg Beirne edges it at six for me. You need a big six because you have to get pressure on the set-piece, on the lineout.

“And I think we have more to see from Faletau, but with two new Test Lions in the back-row [Beirne, Watson], having an experienced player who has drawn and won a series before is important.”

“Dan Biggar is the form 10. He is a competitor, you see that in his attitude. And he’s the one that has the ability to draw out and adapt, attacking at different points.

“Owen Farrell is a Test match animal. I wouldn’t go far without him to be honest. And having him gives you that second decision-maker and somebody to step in between the two of them.

“And then I have three players in the back [Adams, Watson, Liam Williams] who on any counter-attack or under high balls – which I think will happen a lot, South Africa tactically kicking from nine and 10 in the first Test – are solid.

“Van der Merwe won’t be far away, but I think you need the players who can deal with what South Africa put out there.

“If South Africa get their kicking wrong, then watch out, because there’s a back-three there who can actually turn half-chances into full chances.”