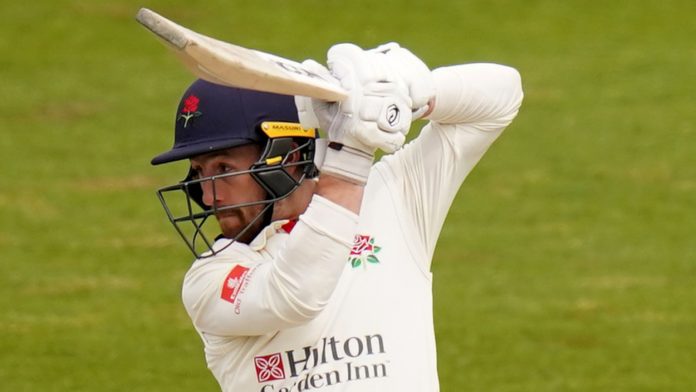 Yorkshire and Lancashire have already qualified for the six-team Division One that will battle for the County Championship title; four from Nottinghamshire, Warwickshire, Durham, Essex, Somerset, Gloucestershire, Hampshire and Surrey will join them

Eighteen teams began the season with hopes of being crowned county champions but, over the next few days, that will be whittled down to six.

Only the top two sides in each group of the LV= Insurance County Championship will go forward to Division One – and retain their chance of securing the crown – after the final matches in the competition’s initial phase.

So far, only two counties – Roses rivals Yorkshire and Lancashire – are guaranteed to go into Division One, but what are the possible permutations elsewhere?

Defending champions Essex – who also won the inaugural Bob Willis Trophy last season – are struggling to keep their hopes alive in fourth place and must win against bottom side Derbyshire to have any chance of advancing.

Despite going three years without a single red-ball victory until they snapped that run earlier this season, Nottinghamshire are the team in pole position and a draw or victory away to Durham will seal their place in Division One.

If Durham triumph and at least match their opponents’ bonus points at Emirates Riverside, they will qualify – however, a draw would leave them reliant on defeat for second-placed Warwickshire against Worcestershire.

The Edgbaston side will guarantee a top-two finish with victory at New Road, while a draw allied with a strong haul of bonus points would probably be enough as well.

Despite carrying an eight-point deduction – imposed in 2019 as a sanction for sub-standard pitches – Somerset go into the final round as group leaders, with any kind of positive result against Surrey ensuring their progress to Division One.

Surrey, currently in fourth place, must win their clash at the Kia Oval to have any chance of climbing into the top two – while both teams will also have one eye on the shoot-out that could unfold at Cheltenham.

That is the venue for Gloucestershire‘s game against Hampshire, with the home side holding a six-point advantage and set to qualify for Division One as long as they can at least avoid defeat.

The equation is far more straightforward for Hampshire – a win enables them to leapfrog their hosts and go through. Anything less and the numbers are highly unlikely to stack up in favour of the south coast side.

Although the top two places were decided following the previous round of matches, there is still plenty of incentive for Yorkshire and Lancashire when they clash at Emerald Headingley – not that a Roses fixture would ever be lacking in that!

Under competition rules, teams who qualify from the same group will not face each other again in the second phase – but they will take half the points already accumulated against that side into their final tally.

That means the Tykes, who crashed to defeat by an innings and 79 runs at Old Trafford earlier in the season, have some ground to make up when they meet Lancashire again – before the serious business gets under way at the end of next month.