Home Sport Beaumont positive on The Hundred despite restrictions 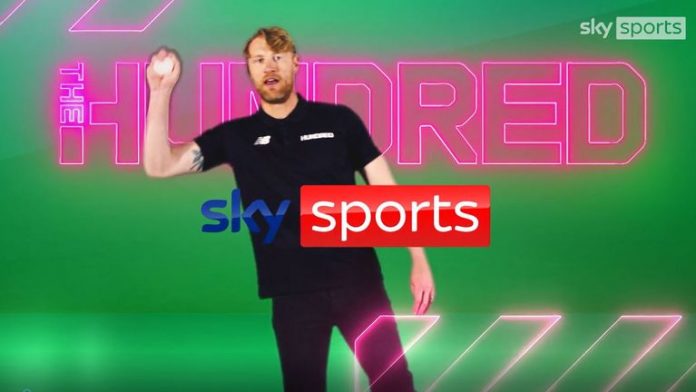 Tammy Beaumont on playing amid Covid-19 restrictions and protocols: “A lot of the girls haven’t seen their partners, so they’ve had it really tough and if The Hundred goes the same way, it’s a very, very long time. It has been tough at times but we’d rather do that and get to play”

Tammy Beaumont is braced for the possibility of living under restrictions for The Hundred because of the rising number of Covid-19 cases in the United Kingdom, despite six weeks of following strict protocols while on England duty.

Beaumont will turn her attention towards the inaugural edition of the ECB’s new flagship competition, which starts next Wednesday, after completing her international commitments against India this week.

England hold an 8-6 points lead in the multi-format women’s series ahead of Wednesday’s third and final T20 international – live on Sky Sports Cricket from 6pm.

While Beaumont has been fortunate enough to be accompanied by her partner in recent weeks, she admitted some of her team-mates have not had that luxury – and could face the prospect of more time away to compete in The Hundred.

Stars from the women’s and men’s game will align for a brand new competition this summer, called The Hundred. It all begins on July 21!

However, Beaumont, who is signed up to represent London Spirit, believes limits on players’ movements, if not outright bio-secure bubbles for teams, might be a price worth paying to guarantee the show goes on.

She told the PA news agency: “I’ll be honest, it’s not easy as a player being in a team environment for six weeks and I’ve been fortunate that my partner has been able to come in because he works only from home, whereas others work in hospitals, school or wherever else. A lot of the girls haven’t seen their partners, so they’ve had it really tough and if The Hundred goes the same way, it’s a very, very long time.

“It has been tough at times but we’d rather do that and get to play, I think. It’s part of it at the moment but hopefully not for too much longer.”

Want to witness a truly historic moment? Then make sure you get your tickets for the first match of The Hundred!

England’s men’s team named a shadow squad for the ODI series again Pakistan after three players and four staff members tested positive for coronavirus, with the rest of the group quarantining after being deemed close contacts.

County cricket has seen several outbreaks but Heather Knight’s side have so far avoided any positive cases, and they have got around not being able to visit cafes by installing Beaumont as designated barista.

She said: “At the moment it’s quite strict, particularly since the Covid cases have increased recently. We can go out for outdoor walks and outdoor golf games – but I’m not a golfer, so a lot of the girls go.

“I actually brought my coffee machine, so I’m the official coffee shop of the team! On Friday night when we were playing, I made 25 coffees on the day. The biggest customer is probably Anya Shrubsole, but she’s good company.

“We’re not allowed to get coffee, takeaway or anything and we’re pretty much bound for the hotel. But it’s kind of in a good way because it means we’re staying safe and we’re keeping the game clean of Covid as much as possible.”

England were unable to seal a series win on Sunday as, despite Beaumont’s 59 at the top of the order, they lurched from 106-2 to 140-8 when chasing 149 at Hove, but they get a second bite of the cherry at Chelmsford on Wednesday.

The best of the action from the second T20I between England and India in Hove.

India need to win to ensure the series finishes all-square and Beaumont insisted the occasion will be a good experience for England with the Ashes and the defence of their 50-over World Cup to come in the next few months.

Beaumont added: “We’re going into a series decider, that’s something to really test ourselves against because we’ve got a lot of World Cups and big tournaments next year.

“Proving ourselves in those real pressure situations is actually a good thing for us. Particularly with the nature of this multi-format series, the fact in the final game there’s still a couple of outcomes possible and it’s all to play for, it’s really something to get you going as a player.

“It’s really key we hit the ground running in this last game.”