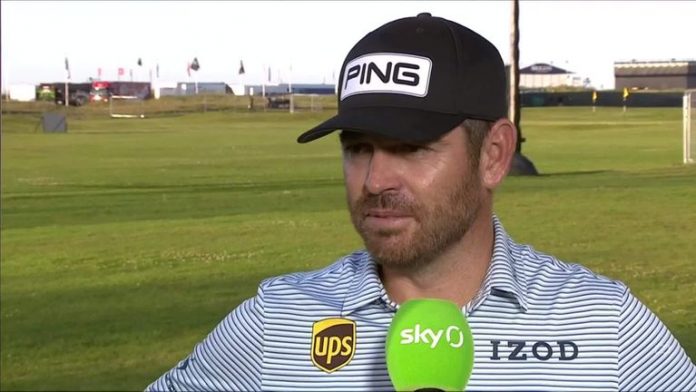 “I think the R&A weren’t happy with the low scoring, so they put some pins out there that were very questionable.” Louis Oosthuizen battled a tough set-up and a couple of poor swings to retain his lead at The Open.

Louis Oosthuizen reflects on retaining the lead at The Open with a third-round 69, plus assesses his hopes of lifting the Claret Jug for a second time

Louis Oosthuizen suggested that some of the pin positions for the third round at The Open were “very questionable” after clinging onto his lead at Royal St George’s.

Oosthuizen set a new Open record with his halfway total of 129, 11 under par, following rounds of 64 and 65, and another day of low scoring looked in prospect with clear blue skies and precious little breeze throughout Saturday’s play.

But the R&A ensured scores would not get out of control as they introduced a series of far tougher pins for the third round, with Jon Rahm describing the placements as “some of hardest pin locations, collectively, I’ve ever seen”.

Rory McIlroy had earlier referred to a few of the hole locations as “diabolical”, although defending champion Shane Lowry insisted the set up was tough, but perfectly fair and understandable given the benign conditions.

Oosthuizen responded to a significant charge from Jordan Spieth to get to 13 under after birdies at the seventh and ninth, and he expected to improve his score until being scuppered by a few “poor swings” that cost him shots at 11 and 13.

The South African, desperate to avoid a third consecutive runner-up finish in a major championship, found himself in a three-way share of the lead with Spieth and playing-partner Collin Morikawa with three holes to play, but Oosthuizen regained top spot with a welcome birdie at the short 16th.

He parred in for a 69 to stay one ahead of Morikawa, with Spieth slipping three behind with bogeys on the final two holes, and Oosthuizen then hinted that the R&A may have been a little too harsh with the set-up.

“I think the R&A weren’t happy with the low scoring, so they put some pins out there that were very questionable,” he said. “It was tough, so I was glad I could hold it together.

“I was 13 under at a stage, and with a good back nine I could have gone to 14 or 15. But there was a few very tough pins out there that you couldn’t really go for at all. You always had to make those 20-footers for birdie.

“I made a few bad swings there in the middle of the round and put myself in some awkward positions and ended up making two bogeys. I had four-iron into 14 and I made a horrible swing, ended up making a par.

“I did have a lot of opportunities to go two or three better, but that’s what this golf course can do to you.”

Rahm had earlier fired a 68 that would see him end the day five behind on seven under par, and it was a score he was initially unhappy with until he factored in the difficulty of the pin positions.

“Because of the weather conditions it’s easy to think it could have been a little bit better,” said the US Open champion. “But the pin locations were no joke. I don’t know if on TV you could appreciate it, but those are some of hardest pin locations, collectively, I’ve ever seen.

“On a golf course that’s not the easiest, it can get tricky. You can hit the right shots and give yourself chances, but even hitting the right shots you can of some funky putts with difficult breaks and difficult speeds, right?

“So the scores show it, and two under is much better round than I thought it was for a while.”