Home Sport Gauff out of Olympics after positive Covid test 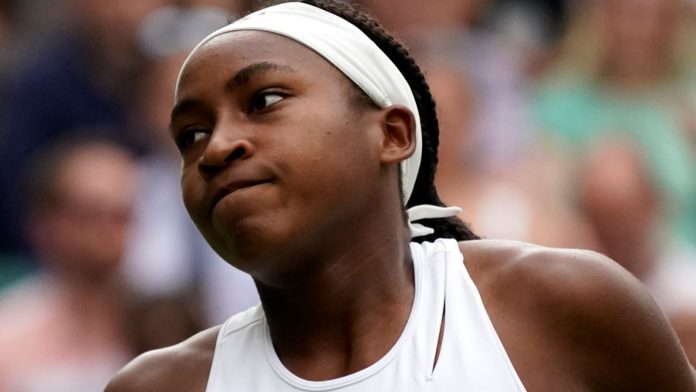 The 17-year-old announced her positive test on social media; the tennis event in Tokyo has been hit by high-profile withdrawals, including Roger Federer, Rafa Nadal, Serena Williams, Stan Wawrinka and Simona Halep

Coco Gauff has withdrawn from the Olympics after testing positive for coronavirus.

The 17-year-old American, who is ranked 25th in the world, had been set to represent the USA at the upcoming Games in Japan.

“I’m disappointed to share the news that I have tested positive for COVID and won’t be able to play in the Olympic Games in Tokyo,” Gauff wrote on social media on Sunday.

“It has always been a dream of mine to represent the USA at the Olympics, and I hope there will be many more chances for me to make this come true in the future.”

Gauff’s withdrawal further weakens the US line-up in the women’s tournament, with Serena Williams, Sofia Kenin and Madison Keys all having already opted out of playing. Jennifer Brady, Jessica Pegula and Alison Riske will now represent the USA in singles.

The Tokyo Games, pushed back by a year due to the COVID-19 pandemic, will begin on Friday.

The tennis event at the Tokyo Olympics has been hit by a series of high-profile withdrawals in recent days.

Some of the sport’s biggest names, including Roger Federer, Rafa Nadal, Williams, Stan Wawrinka and Simona Halep have already announced their decision to skip the Games, which has been delayed by a year due to the Covid-19 pandemic.

Wimbledon runner-up Matteo Berrettini became the latest men’s contender to withdraw as he pulled out with a thigh injury earlier on Sunday.