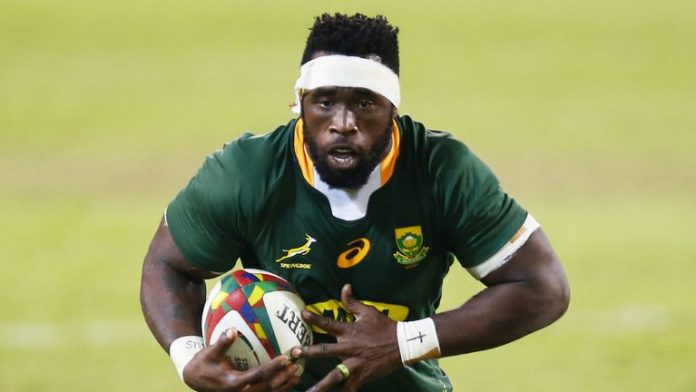 British and Irish Lions wing Anthony Watson chats to media on Tuesday ahead of Saturday’s first Test vs the Springboks; England and Bath man touches on the importance of the kicking game, starting well vs South Africa, what it’s like to face the Springbok backs, and defending Cheslin Kolbe

Watson was present for England’s crushing defeat by the Springboks in Japan and is expected to be given a prominent role in Saturday’s clash at Cape Town Stadium.

Twenty months ago, Eddie Jones’ men began slowly and never recovered, with Watson also viewing the world champions’ barrage in the air – directed by half-backs Faf de Klerk and Handre Pollard – as instrumental in their downfall.

“The importance of the kicking game, that was huge in that World Cup final. We came out second best to them. They definitely dominated us in that area,” the Bath wing said.

“They gained great momentum and gained great field position from that area and that gave them the leg up they needed.

“And similar to the South Africa ‘A’ game last week as well as the World Cup final, the start was huge.

“We didn’t put ourselves in good positions in either of those two games and therefore found ourselves trying to claw our way back into the game, which is much more difficult against a team like South Africa.

Siya Kolisi will captain the Springboks against the British and Irish Lions in Saturday’s first Test, ending doubts he would be unavailable due to Covid-19

The Springboks field the game’s most physical pack, with Siya Kolisi at the helm following his recovery from coronavirus, but Watson insists that they are just as formidable behind the scrum.

“They have more subtlety in their backs. They’ve got some individual players who have very rounded skill sets – guys like Willie le Roux, Cheslin Kolbe, Damian de Allende and Handre Pollard,” Watson said.

“They can be physical but they’ve also got good footwork and good skill sets. It’s about being prepared.

“If you do your due diligence in terms of your homework, you know what they like to do in certain positions and you know what to expect in certain areas of the field. That puts you in good stead come Saturday.”

The players will learn on Tuesday if they have been picked to start the first Test, leaving three full days for the starting XV to fine-tune preparations.

Full-back Liam Williams has completed his return to play protocols for concussion, placing him in contention for a back three spot, most likely alongside Watson and Josh Adams.

Among their tasks in Cape Town will be stopping Kolbe, South Africa’s superstar wing with electric footwork and searing pace.

“Whoever is up against him will just have to make sure they do their homework. Everyone is aware of his skill set and how much he can influence a game,” Watson said.

“But you can also flip it on its head and try and look at where you can expose him on a one-to-one basis as well. It is not just all about him going forward.

“He has also got to defend whoever is against him. It is not a one-way battle.”