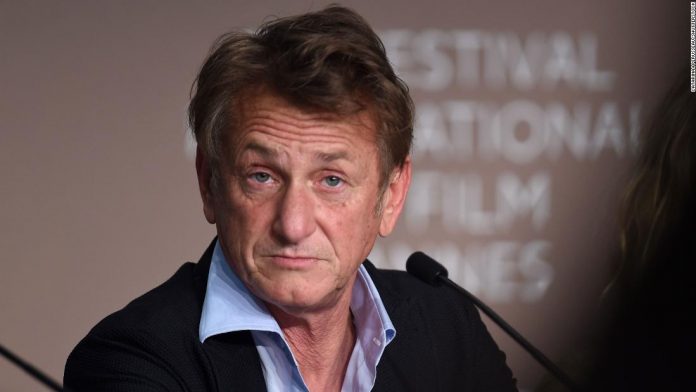 Penn plays the role of Attorney General John Mitchell in the political drama, which is a modern-day take on the Watergate scandal. Julia Roberts portrays John’s wife Martha in the show, which is due to air on Starz later this year.
Deadline reported on Thursday that Penn issued the ultimatum because the 60-year-old star was not satisfied with the vaccination requirements imposed by NBCUniversal, the studio behind his latest production.
This week, the TV and film company announced it had implemented mandatory vaccinations in “Zone A”, which means the cast of the show and those who come in close proximity must be vaccinated.
With a surge in Covid-19 cases in California — where filming is currently underway — Penn wants the policy extended to those on the project outside of Zone A also, Deadline reported.
He is now challenging safety protocols by telling producers that he won’t return to work until every member of the production team has been vaccinated.
Penn has offered to facilitate the vaccination effort free of charge through his organization CORE (Community Organized Relief Effort), according to Deadline, the nonprofit has helped open multiple Covid-19 testing and vaccination sites in California and elsewhere during pandemic.
According to the publication, the actor’s absence from the set may result in a delay in shooting as he has yet to wrap his scenes.
CNN has contacted NBCUniversal for further comment.