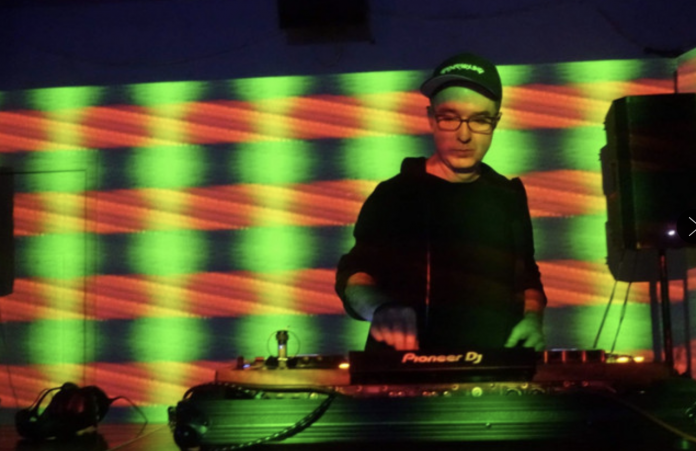 “Phlame,” is a multi-faceted, one-of-a-kind experience that will give music nerds a run for their money. After clicking play and embarking on the journey within, one is warmly intoxicated by cloudy, highly digitized vocals that give a strong first impression. The track has an all-it’s-own attitude which embraces the unexpected. The laidback live drums, at moments disappearing entirely in the midst of the song, gives more clarity to the experimental electronic components that add to it’s strength. Lush and atmospheric at certain moments, then head-bobbing and groovy at the next, Spiderhound – the producer behind the track – keeps things on edge moment to moment with clever arrangement, among other factors.

Spiderhound is far from a freshly started bedroom producer throwing ideas at the wall to see what sticks. His skillset derives from multiple decades of involvement with past bands, absorbing information from artists, performances at shows, and more. Focusing on the chapter of his career he’s in now, he explores the experimental side of the electronic music universe. Spiderhound’s releases have been signed to labels like Alpha Pup, Muti Music, Producer Dojo and Obskure Records, his talents being validated by dozens of other artist above and below him. Receiving mentorship from Grammy-winning producers like Charles Dye and staples with the dance scene including ill.Gates and Mr. Bill. A concoction of influences plays into the creative chemistry that makes Spiderhound’s sound rise above the tide.