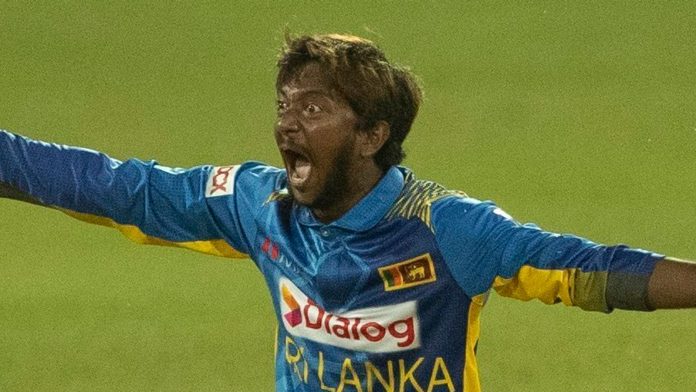 Spinners Akila Dananjaya (3-44) and Praveen Jayawickrama (3-59) do the bulk of the damage as India are bowled out for 225 in 43.1 overs; Avishka Fernando (76) and Bhanuka Rajapaksa (65) share in 109-run partnership as Sri Lanka win by three wickets

Sri Lanka avoided an ODI series whitewash against a second-string Indian side as they secured a three-wicket victory in a rain-hit third one-day international in Colombo on Friday.

With India electing to bat first, Sri Lanka spinners Akila Dananjaya (3-44) and Praveen Jayawickrama (3-59) did the bulk of the damage as the visitors were bowled out for 225 in 43.1 overs.

The match had been reduced to 47-overs-a-side due to rain, but half-centuries from Avishka Fernando (76) and Bhanuka Rajapaksa (65) helped the home side to a consolation win with eight overs to spare.

Shikhar Dhawan led a depleted India team for the series, with several of their frontline players in England preparing for the upcoming five-match Test series starting on August 4.

After winning the toss, Dhawan (13) departed cheaply, but Prithvi Shaw (49) and Samson (46) chipped in with run-a-ball knocks to prop up the innings. Suryakumar Yadav too contributed 40 from 37 balls, but then India lost five wickets for 38 runs as the innings collapsed.

In reply, Sri Lanka too had a mini wobble, with four wickets falling for 26 runs at the tail-end of the chase, but the platform Fernando and Rajapaksa had provided in a 109-run partnership for the second wicket helped set up the win.

The two teams will now clash in a three-match T20 series beginning on Sunday.