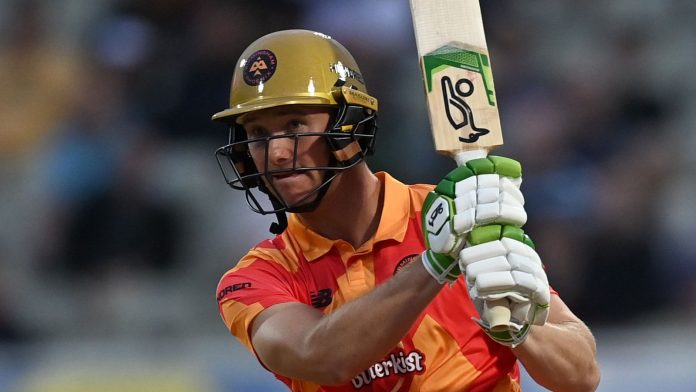 Zak Crawley hammered 64 from 40 balls – the highest score of the Hundred so far – but it was not enough to earn London Spirit victory at Edgbaston, where Moeen Ali top-scored with 40 as Birmingham Phoenix chased down their 145 target

Zak Crawley smashed the highest score of the Hundred to date – and also came within three balls of becoming the first player to bat right through an innings in the tournament with his knock of 64 from 40 balls.

Spirit opener Crawley struck three sixes and six fours, eventually holing out to the 98th delivery of the innings, supported by Joe Denly’s 25 from 14 as the visitors totalled 144 at Edgbaston.

Phoenix lost early wickets in reply, but captain Moeen Ali came to their rescue – taking advantage of being dropped on nought to hammer 40 from 30 deliveries.

However, when Moeen was caught in the deep, Birmingham still needed 47 from 29 balls with five wickets standing as wily Spirit skipper Eoin Morgan began to turn the screw.

But Phoenix rookie Chris Benjamin, a 22-year-old with just four senior Warwickshire appearances to his name, stepped into the breach by blasting an undefeated 24 from 15 to seal his side’s victory with three balls to spare.

Ironically, Moeen had fumbled a catch himself during the Spirit innings, juggling at mid-off and dropping Ravi Bopara – who would later pouch the Phoenix skipper’s straight drive to end his knock of 40.

Had Moeen departed for a duck, with his side already under pressure in the run chase, the course of the game might have turned towards London – but Denly was unable to cling on at cover and Moeen took full advantage.

With no disrespect to Benjamin, he probably wasn’t one of the highest-profile Hundred recruits – but what an inspired selection for the Phoenix.

He struck two sixes in three balls off Blake Cullen – the first of them an audacious reverse scoop – to secure victory and make himself an immediate hero with Birmingham fans.

Chris Wood’s running catch on the boundary to dismiss Phoenix’s Liam Livingstone, top-edging a hook off Cullen, was superb – yet it still wasn’t the most eye-catching of the game.

Step forward, Roelof van der Merwe. Back-pedalling at long on to try and retrieve Daniel Bell-Drummond’s heave, he showed not only safe hands but nimble footwork as he pushed the ball back, skipped calmly over the rope and back into the playing area to complete the dismissal.

HOLD IT RIGHT THERE

The Phoenix paceman, who bowled superbly to give away only 18 from his 20 balls, was incredibly casual as he completed a return catch to dismiss Bopara for 17 late in the visitors’ innings.

Is this the best caught and bowled we’ll see in The Hundred? 💯 @Sdoull and @KP24 think so!

Bopara unleashed a full-blooded drive, with the bowler sticking out his right hand almost as an afterthought and never flinching as the ball stuck.

Poor Mohammad Amir struggled with his line and inadvertently got the Edgbaston crowd going as he sent down a no-ball, followed by three successive wides in a five-ball set that lasted a full eight minutes.

💬”What a comeback, Amir! Put that in your pipe!”💬 😂🤣@nassercricket is getting worked watching this Phoenix run-chase in front of a fervent home crowd!#TheHundred 💯

But despite the jeers and chants emanating from the Hollies Stand, the Pakistan seamer had the last laugh as he rounded off that uncomfortable spell with an absolute corker that pinged through Finn Allen and sent his leg stump flying.

It’s Super Saturday, with not just two Hundred clashes but four spread across the day!

Trent Rockets and Southern Brave kick things off, with games at 11am and 2.30pm.

Also at 2.30pm, Northern Superchargers and Welsh Fire will get their double-header underway, with the second game at 6pm.

Watch live on Sky Sports The Hundred and Main Event, as well as the Sky Sports Cricket YouTube channel, from 10.30am, with the first Superchargers vs Fire game available via the red button.