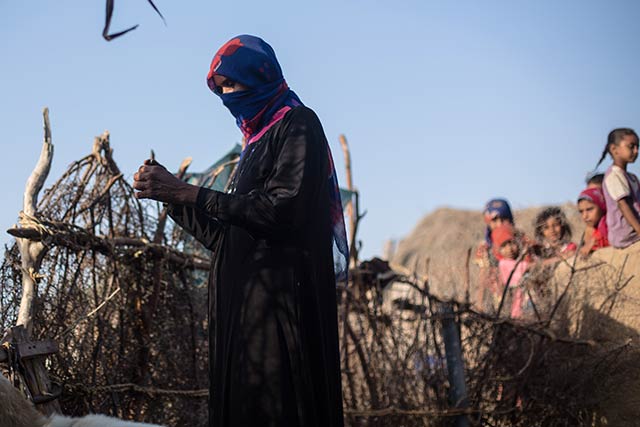 Urgent need for humanitarian and livelihood assistance to prevent famine

Twenty of the country’s 22 governorates are in ‘emergency’ or ‘crisis’ food insecurity phases and almost two-thirds of the population are now facing hunger and urgently require life and livelihood-saving assistance. Without additional humanitarian and livelihoods support, Taiz and Al Hudaydah, two governorates accounting for almost a quarter of Yemen’s population, risk slipping into famine.

With an estimated 17 million people at ‘emergency’ or ‘crisis’ levels of food insecurity, Yemen is  currently one of the worst hunger crises in the world. These numbers represent a 21 percent increase since June 2016 and underscores the findings of the February 2017 Emergency Food Security and Nutrition Assessment.

The conflict has had a devastating impact on food security and livelihoods. Almost 80 per cent of households in Yemen report having a worse economic situation than before the crisis. The decrease in domestic production, disruption of commercial and humanitarian imports, increasing food and fuel prices, rampant unemployment, loss of income, relatively low levels of funding for UN agencies providing food assistance and the collapse of public services and social safety nets are all factors contributing to a worsening food security situation.

Taiz and Al Hudaydah, traditionally food producing governorates, have been the focus of intense violence in the two years since the current crisis escalated. These two governorates have the highest rates of global acute malnutrition in the country, ranging from 17 per cent in Taiz City to 25 percent in Al Hudaydah. The emergency threshold set by the World Health Organization is 15 percent.

“The conflict has a devastating impact on agricultural livelihoods. Crop and livestock production fell significantly compared to pre-crisis levels,” said Salah Hajj Hassan, FAO Representative in Yemen. “It is absolutely essential that the humanitarian response encompass food and agriculture assistance to save not only lives but also livelihoods.”

Stephen Anderson, WFP Representative and Country Director in Yemen said the situation had deteriorated rapidly since the conflict escalated two years ago. “The current dire food security and nutrition situation in Yemen requires significant financial resources to allow immediate, adequate and sustained food, nutrition and other assistance for those in greatest need to prevent a slide into famine,” he said. “Unrestricted access to all areas, including for commercial trade, will also be critical to ensure the food insecurity in the country does not further deteriorate,” he added.

“We are seeing the highest levels of acute malnutrition in Yemen’s recent history. Of the 2.2 million children suffering from acute malnutrition, 462,000 are Severely and Acutely Malnourished (SAM). To put things in perspective, a SAM child is ten times more at risk of death if not treated on time than a healthy child his or her age. The ongoing conflict and food insecurity will have long-term implications on the health and overall development of children in Yemen.” said Dr Meritxell Relaño, UNICEF Representative.

Fighting along the Red Sea coast in recent months has caused extensive damage to Yemen’s largest port, Al Hudaydah. This has disrupted imports, which account for 90 per cent of Yemen’s staple foods. Access restrictions and the loss of boats, nets and other gear, have wiped out fishing – an important source of food and income.

Insecurity along the coast will likely affect the start of the planting season for sorghum in April – the most important domestically produced cereal. Moreover it will hamper trade, force more people to leave their homes, further limit the availability of food and disrupt livelihoods.

Across Yemen as many as 2 million households engaged in agriculture now lack access to critical agricultural inputs, including seeds, fertiliser and fuel for irrigation pumps. High fuel prices also make irrigation prohibitively expensive. Because of insecurity, humanitarian access may be soon limited to a few kilometres around main towns, leaving rural communities in dire need of aid.

The United Nations in Yemen reiterates its appeal for all parties to the conflict to facilitate unconditional and sustained access so humanitarian organizations can scale up their assistance to meet the growing demands of people in the most acute need.