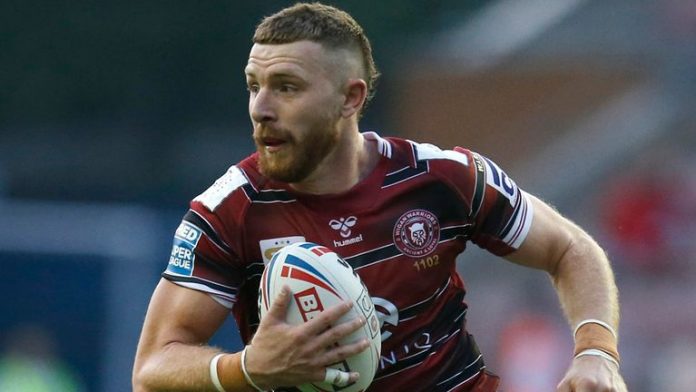 Wigan head coach Lam was impressed with what he saw from his side as they made it three wins in a row; “I thought that first 60 minutes was as good as we have been this year,” he said

Adrian Lam felt Wigan Warriors’ performance in their 25-12 win over Wakefield Trinity in Super League was the best they had produced all season.

The Warriors led 9-0 at half-time with Jake Bibby grabbing a brace of tries, while three more tries after the break – another for Bibby and one each for Joe Shorrocks and Liam Marshall – saw them lead 25-0.

The Warriors then seemed to take their foot off the gas and allowed Trinity to score two late tries, but Lam was not concerned about that at all.

Jackson Hastings starred for Wigan as they made it three successive Super League wins in a 25-12 victory over Wakefield.

“I thought that first 60 minutes was as good as we have been this year,” Lam said. “There was a 20-minute period there when we were back to who we want to be as a team. That’s the first sign we have had all year.

“The last 15 minutes, I am not going to take any notice of. I had got all our subs on and had rested as many players as I could, so we were out of sync a little at the end.”

Wakefield coach Chris Chester admitted it was a frustrating night for his side.

Although he was upset with some of the individual performances of his senior players, he believes the effort is definitely there but they need to be a lot smarter if they are to pick up more wins this season.

“I thought it was an even contest in the first half, I didn’t think there was a lot between the two teams to be honest,” Chester said. “The difference tonight was the guy at full-back (Jackson Hastings). He caused us a lot of problems.

“We touched the ball once in nine sets and they went and scored three tries off that one error.

“That was disappointing. We played more direct in the second period of that second half. We are just a really frustrated group at the moment.”