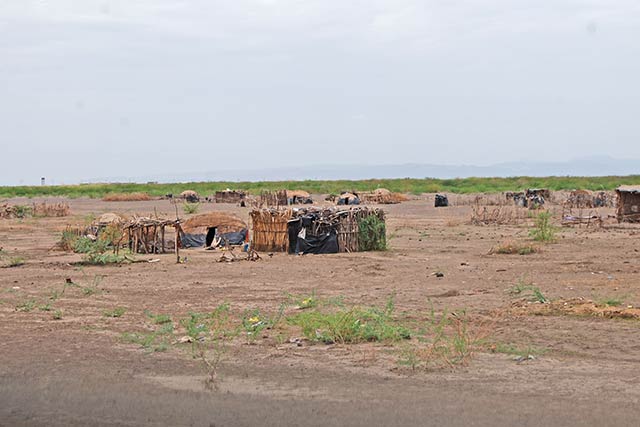 About 12 million people across Ethiopia, Kenya and Somalia are facing food and livelihoods insecurity, as farming families struggle with the knock-on effects of multiple droughts. Failed rains, rising debt, poor terms of trade for livestock owners, and low milk and meat production are affecting livestock holding households, while agropastoralists and farmers face limited cereal and seed stocks. Projections for early 2017 indicate a further deterioration of food security in the affected areas of Eastern Africa, if no immediate action is taken to protect livelihoods.

FAO and IGAD held a high-level meeting to agree on some key steps to enhance collaboration in mitigating the severe drought currently affecting the countries in the Horn of Africa region and strengthening food security and resilience analysis.

The meeting emphasized the importance of enhancing the role of the Food Security and Nutrition Working Group (FSNWG) through greater investment to guide strategy and inform response. Key steps include improving preparedness in the form of early warning systems, and implementing contingency measures and response that include stronger efforts to build more resilient livelihoods in the region.

“While FAO and IGAD cannot stop the drought, they can assist countries to prepare for and cope with its impact. By providing early warning information, data and knowledge needed to respond, and by strengthening this response, we can contribute to saving lives and livelihoods. We need to support member States to mitigate the impact of drought on livelihoods in Eastern Africa”, said Patrick Kormawa, Subregional Coordinator for Eastern Africa and FAO Representative to AU and UNECA.

According to the FAO Global Information and Early Warning System (December 2016), the October-to-December rainy season failed in several areas of Eastern Africa, resulting in severe scarcity of pasture and water for livestock owners and devastating crop development, with expected low harvests in affected areas in early 2017. Livestock are increasingly emaciated and susceptible to disease, already causing tens of thousands of animal deaths. If the main season rains – expected to begin in late March/early April – are also below average, and in the absence of at-scale early action, the probability of a food insecurity catastrophe will be high.

“Strengthening FAO partnership with IGAD is critical to build resilience to shocks and crises in the Horn of Africa”, stressed Dominique Burgeon, Director of FAO Emergency and Rehabilitation Division and Strategic Programme Leader for Resilience. “It is essential to monitor developing situations – such as the drought-threatening parts of Ethiopia, Kenya and Somalia – in order to trigger early actions to save lives, livelihoods and sustain peace”, he added. IGAD Executive Secretary, Mahboub Maalim, who chaired the meeting, emphasized the importance of FAO continued collaboration with IGAD in areas of food security and agricultural development.

The two organizations concluded that joint priorities going forward will include enhanced coordination, increased and systematic engagement of member States and effective response to member States’ identified needs, as well as strengthened resource mobilization efforts. Early action, it was stressed, is urgently needed to prevent the current drought in the Horn of Africa from developing into a massive humanitarian crisis.