Home World Asteroids: What They Are and Where They Come From 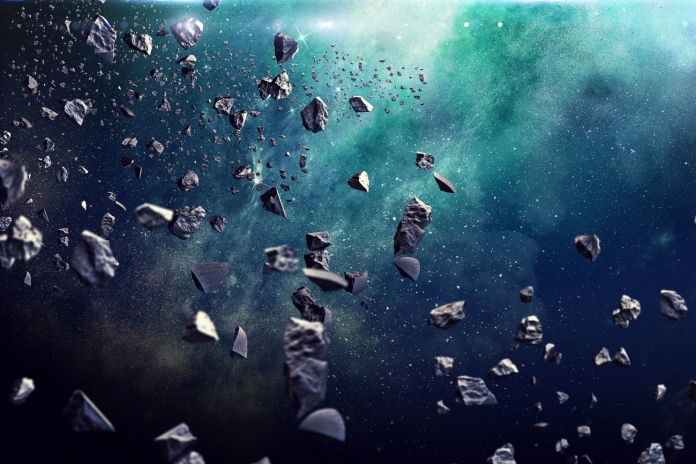 When we think of the solar system, we tend to think of the Sun and the nine planets that orbit it. But there’s a lot more orbiting the Sun than just planets (and dwarf planets — we see you, Pluto!)

Take asteroids, for example. Asteroids are the debris left over from the formation of the solar system. Four and a half billion years ago, our solar system was nothing more than a rotating cloud of gas and dust. When that cloud collapsed, possibly due to the shockwaves from a nearby exploding star, its enormous gravity pulled in most of the surrounding material in an event so intense that hydrogen atoms fused into helium atoms.

Ninety-nine percent of the cloud’s material became part of a huge nuclear reactor that we now call the Sun. The remaining one percent began to coalesce into planets and settle into regular orbits. But not everything managed to form something big enough to be called a planet — or even a dwarf planet. Today, most people call the bits of rock and metal that didn’t make the cut, but still orbit the Sun, asteroids. (The word ”asteroid” means ”star-like.”) You could also call them planet wannabes, but they’re more technically known as planetesimals or planetoids.

According to NASA’s latest count, there are over a million asteroids zipping around the Sun. Many are less than 10 meters across. Some are pretty big, though. The largest, Vesta, is about twice the area of the state of California. Ceres was previously the largest asteroid with a radius about a third that of our moon’s, but it got an upgrade in 2006 when it was reclassified as a dwarf planet.

When it comes to naming asteroids, the International Astronomical Union is a little more lenient than when naming other celestial objects. For proof, just look to the asteroid named Mr. Spock (actually named after a cat who was in turn named after the Star Trek character), the one named Arthurdent (after the hero from The Hitchhiker’s Guide to the Galaxy), or the one named for late rock musician Frank Zappa. Most asteroids, however, have more sober names — like Ceres and Vesta.

Most asteroids are found in the main asteroid belt, orbiting the Sun between Mars and Jupiter. They don’t always stay in a regular orbit, however. The effects of Jupiter’s immense gravity, combined with the ever-present possibility of crashing into other orbiting objects, can sometimes hurl asteroids out of orbit and send them careening wildly into space.

Sometimes they crash into planets. Earth has been battered by asteroids plenty of times, perhaps most famously when an asteroid crashed into the Yucatán Peninsula and created a disaster that wiped out all non-avian dinosaurs — along with three-quarters of the species on Earth.

One of the biggest asteroid impacts in human history, the Tunguska Event, is still a bit of a mystery. On the morning of June 30, 1908, an explosion ripped through the skies above the Tunguska River in Siberia. Over a hundred times stronger than the atomic bomb that destroyed Hiroshima, the explosion flattened trees and created a pressure wave and intense heat that were felt 40 miles away. However, no impact crater, nor fragments of meteorite, were ever found.

The most likely solution to the puzzle is that the asteroid itself was consumed in the explosion. In 2020, a team of Russian scientists published a study suggesting the possibility that the event was caused by shockwaves from an asteroid passing through Earth’s atmosphere (but not crashing to its surface).

Apophis, an asteroid estimated to be about 340 meters across, caused some concern when it was discovered in 2004. However, after careful study of the object’s trajectory, NASA announced this year that we’re safe from Apophis for at least the next 100 years.

How often does space debris hit Earth? According to NASA’s Jet Propulsion laboratory (JPL), our little blue marble is pelted with more than a hundred tons of dust and sand-sized bits of space debris every day. About once a year, an asteroid the size of a car slams into the atmosphere and explodes on arrival, creating some cool fireworks, before harmlessly disintegrating far from Earth’s surface. About once every two millennia, a really big one — the size of a football field — makes it to the surface and does significant damage.

It wouldn’t take something as large as the dino-killing asteroid to cause serious damage to life on Earth, including humans. Anything larger than one or two kilometers, NASA says, could have worldwide effects… and not good ones. That’s why the JPL’s Center for Near Earth Object Studies keeps an eye on any asteroids that look to be heading our way.