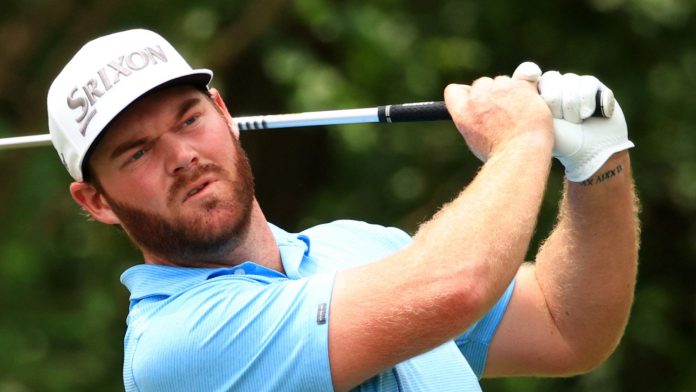 World No 457 Grayson Murray released a post on Twitter to reveal himself as an alcoholic, share his off-course struggles, and explain why he feels the PGA Tour hasn’t done enough to support him with his alcoholism

Golfer Grayson Murray has publicly criticised the PGA Tour and accused them of refusing to help him address his issue with alcoholism.

Murray withdrew from the 3M Open just one hole into his second round on Friday, before posting a long and personal message on his Twitter account to reveal his struggles off the course.

The 27-year-old, who has either missed the cut or withdrawn mid-tournament from 10 of his last 12 starts, revealed publicly for the first time that he is an alcoholic and expressed anger at the Tour for their lack of assistance with his addiction.

“[I]’ve played the last 5 years on the PGA Tour… A lot of ups and downs and mostly downs,” Murray tweeted.

The world No 457 then added that joining the PGA Tour was like being given “the key of a Ferrari at 22” and being told to “go full throttle.”

Murray’s post revealed that he is currently on probation on the PGA Tour for being “drunk in a hotel bar in Hawaii”, with the American saying that he “hates everything to do with the PGA Tour life”.

“The PGA Tour didn’t force me to drink,” Murray added. “The PGA Tour never gave me help. In my five years of experience of being on tour not once have I ever had a request been acknowledged by the commissioner or the PAC [Player Advisory Council] other than ‘we will get back to you.’

“I hope not only the PGA Tour steps up in the areas they need to step up but I also hope people are held accountable in their roles they serve.”

PGA champion Phil Mickelson responded on Twitter to offer his support to the 2017 Barbasol Championship winner.

Mickelson wrote: “I’m sorry playing the Tour has been so overwhelming and if I can help in any way I’d be happy to. It’s not an easy life for sure, and even winning every year can bring about other challenges. FYI “we will get back to you” is the only response I’ve ever gotten too.”

Meanwhile, the PGA Tour responded to Murray’s post with a statement: “We can unequivocally say that the PGA Tour is a family, and when a member of that family needs help, we are there for him. That has been the case here and will continue to be.”

Murray has four professional wins, including one on the PGA Tour and one on the Korn Ferry Tour. His best finish in 2021 so far is a share of third at the Puerto Rico Open in March.