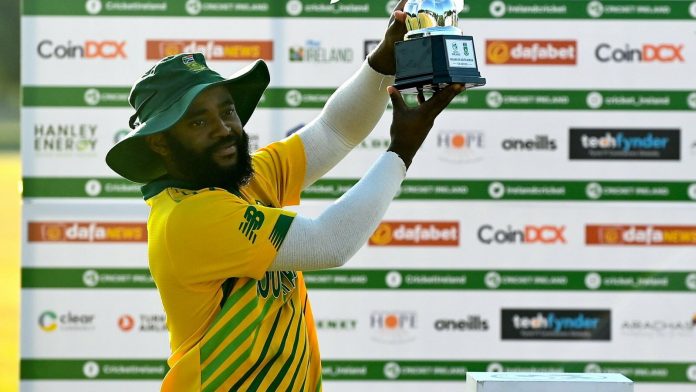 Proteas skipper Bavuma cracked 72 from 51 and was ably assisted by Hendricks’ 69 from 48, with both hitting boundaries seemingly at will; Andy Balbirnie top-scored for Ireland with 27

Temba Bavuma and Reeza Hendricks propelled South Africa to a convincing victory in the third and final T20 international against Ireland.

The pair shared in a 127-run first-wicket stand in Belfast to set the tourists up for a 49-run win that completed a 3-0 series whitewash.

Captain Bavuma cracked 72 from 51 balls with six fours and two sixes while Hendricks added 69 from 48 with a six and seven other boundaries.

David Miller weighed in with an unbeaten 36 as the Proteas posted 189-2 from their 20 overs in Belfast.

The target was beyond the Irish, who mustered 140-9 from their allocation.