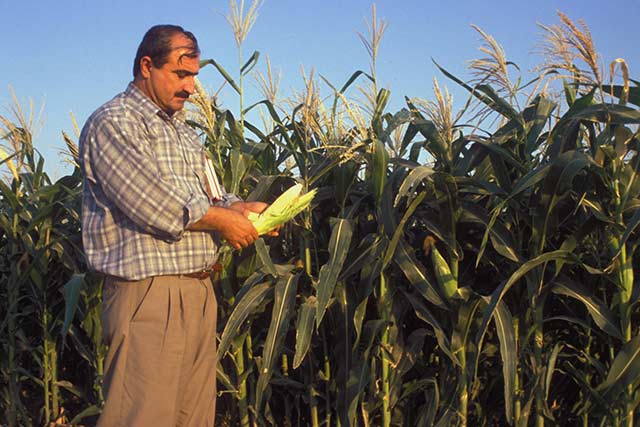 A recent assessment conducted by FAO and Non-governmental Organization partners Muslim Aid and REACH-Iraq in Iraq’s Nineveh, Kirkuk and Salahadin governorates – parts of which were liberated from Islamic State (IS) control in 2015 – found that the conflict has caused significant damages and losses across all agricultural subsectors.

Crop production – including wheat, barley, maize, fruits and vegetables – in Nineveh and Salahadin governorates provided nearly 70 percent of household income prior to their occupation by the Islamic State (IS). In Kirkuk, the agriculture, forestry and aquaculture sectors were collectively the second-largest employer. These three governorates contributed nearly half of Iraq’s national production of cereals, and therefore contributed significantly to national food security.

IS’s invasion of these governorates in 2014 came just after the harvest, causing many farmers to lose their produce and disrupting the subsequent (2015) cropping cycle by generating massive displacement, looting and destruction of seed and fertilizer silos, as well as the collapse of Government–supported input provision. All three governorates reported a reduction in yields and in the land area cultivated with cereals. In addition, much of the existing irrigation infrastructure – including water pumps, electrical transformers and pivotal sprinklers – was damaged or stolen. Storage facilities and greenhouses also suffered significant damage.

Due to a lack of pesticides, pests and weeds have become widespread, causing a decline in production. This has been aggravated by a lack of agricultural tools and machinery, most of which have either been damaged or looted during the fighting. The high prices of such inputs, compared with pre-crisis levels, have prevented many farmers from replacing their equipment. There is also a lack of labour as many young men have joined the fight against IS, particularly since April 2015.

As a result of the crisis, livestock-related livelihoods and food supplies are significantly disrupted. Up to 80 percent of sheep and goats and up to 50 percent of cows were lost in many areas. Poultry has suffered the highest average mortality rates, at about 90 percent. Only 10 to 20 percent of livestock shelters remain intact. Access to medicine, vaccines and other veterinarian services previously available from the Government are no longer provided. The average production of meat, milk and eggs has dropped by 30 to 50 percent, presenting a major threat to household nutrition.

The results of the assessment indicate that urgent support is needed across all affected subsectors – crops, livestock and fisheries/aquaculture. To restore crop production, farmers require seeds, fertilizers, pesticides and tools, as well as the repair of farm machinery and damaged irrigation systems. The income generated from such production would enable farmers to repay their debts, invest in their livelihoods and repair other farm infrastructure such as silos and storage facilities.

Livestock owners also require immediate assistance to restore production, protect the health and productivity of their animals through the provision of adequate shelters and affordable high-quality fodder, and increasing their access to veterinary medicines and vaccines. Additionally, support for restocking is urgently needed for those livestock owners who previously sold their animals through stress sales.

In the short term, support for the recovery of fisheries/aquaculture activities in the region should include the rehabilitation of hatcheries and repopulation of fish ponds, as well as the replacing of equipment lost in the previous months.