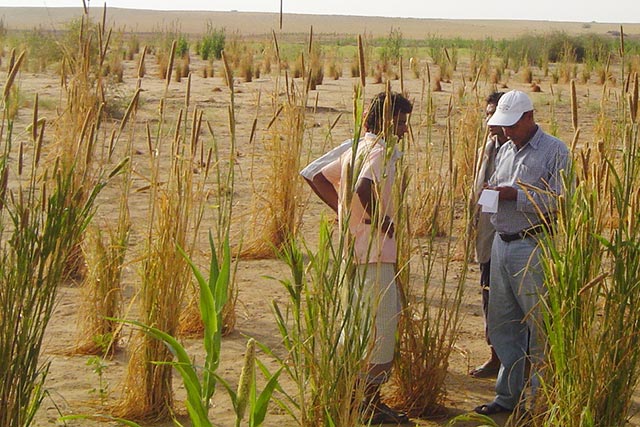 Although, the supply of fuel and cooking gas shows slight improvement in most target governorates, compared to the pre-crisis, the average monthly price of diesel has increased by 159 percent and the average monthly price of petrol by 197 percent. Agriculture public services, including veterinary disease surveillance, vaccination, and plant protection have been eroded by the conflict, exposing livestock and agriculture productions to great risks.

Given the current situation it is foreseen that the food security of most affected populations in the active conflict areas of Taiz, Saada, Hajjah, Aljawf, Marib and Shabwa will seriously deteriorate. The ongoing fighting along the Sanaa-Marib road will further aggravate the scarcity and price of fuel and cooking gas, which will have a knock-on effect on the overall economy and services in the country.

The insecurity and continued challenges to conduct assessments and humanitarian actions will further compromise the quality of the interventions across the country. This includes assessing the food and nutrition security situation, agriculture, livestock, fisheries, markets and the overall macro and micro economic indicators.

The following recommendations for action are given:

The Yemen Food Security Update is produced under the Yemen Food Security Information Systems (FSIS) Development Programme, funded by the European Union and implemented by the Agriculture and Food Organization of the United Nations (FAO) in coordination and collaboration with the Food Security Technical Secretariat (FSTS) of the Ministry of Planning and International Cooperation (MOPIC).