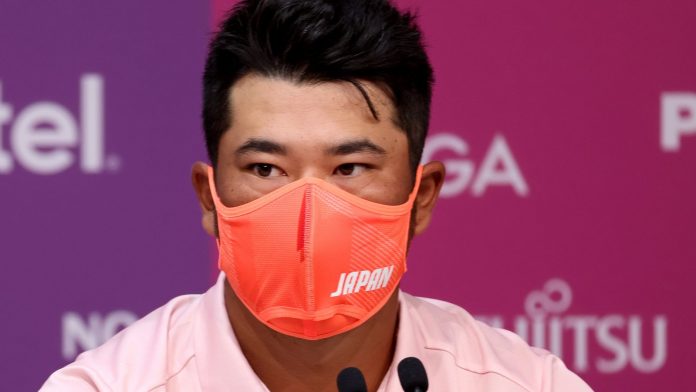 Hideki Matsuyama grouped with Australia’s Marc Leishman and Canada’s Corey Conners for the first two rounds of the Olympic Men’s Golf Competition; Event is Matsuyama’s first appearance back since testing positive for coronavirus

Masters champion Hideki Matsuyama is dreaming of home success at the Tokyo Olympics, having feared Covid-19 may prevent him from competing for Team Japan.

Matsuyama was forced to withdraw from the PGA Tour’s Rocket Mortgage Classic in Detroit earlier this month after testing positive for coronavirus, which also resulting him missing out on The Open at Royal St George’s.

The 29-year-old hasn’t featured competitively since his positive Covid-19 test but has been able to practice since recovering in Japan. He is now looking forward to returning to action as part of a strong line-up – featuring seven of the world’s top 20 – in Kawagoe City.

“To be able to represent Japan and play in the home country, in a home Olympics, this is probably the first and last time I’ll be able to do that, so I’m very happy to be able to participate in the Olympics here,” Matsuyama said on Tuesday.

“Three weeks ago, I got tested positive for Covid-19 and I wasn’t really sure if I’ll be able to make it to the stage here, so finally I’m here and I’m very happy to be able to be here.

“I tested positive for Covid for about 10 days in duration, so in that time I was staying home and did my best to recover from the symptoms. During that time, I was unable to practice, but once I got back to Japan, I started practicing. So in terms of preparation, it started a little bit with a delay but hopefully I’ll be able to be in the best form possible for the event this week.”

Matsuyama’s Masters victory is his only worldwide top-10 so far in 2021, with the world No 20 finishing no higher than tied-23rd in his four starts since winning the Green Jacket at Augusta National.

The event will take place at Kasumigaseki Country Club, one of the most prestigious clubs in Japan, where Matsuyama previously won Asia-Pacific Amateur Championship in 2010 and booked his first Masters appearance.

“In a way, Kasumigaseki has been a place and catalyst for me to progress and grow, so hopefully I could do the same this week and move on to another level,” Matsuyama added.

“Since my Masters win, I haven’t had the best results so far this summer, so I’m a little bit nervous, but I’m really looking forward to it, I think it’s going to be really fun and I’m going to try to do my best to play well.”