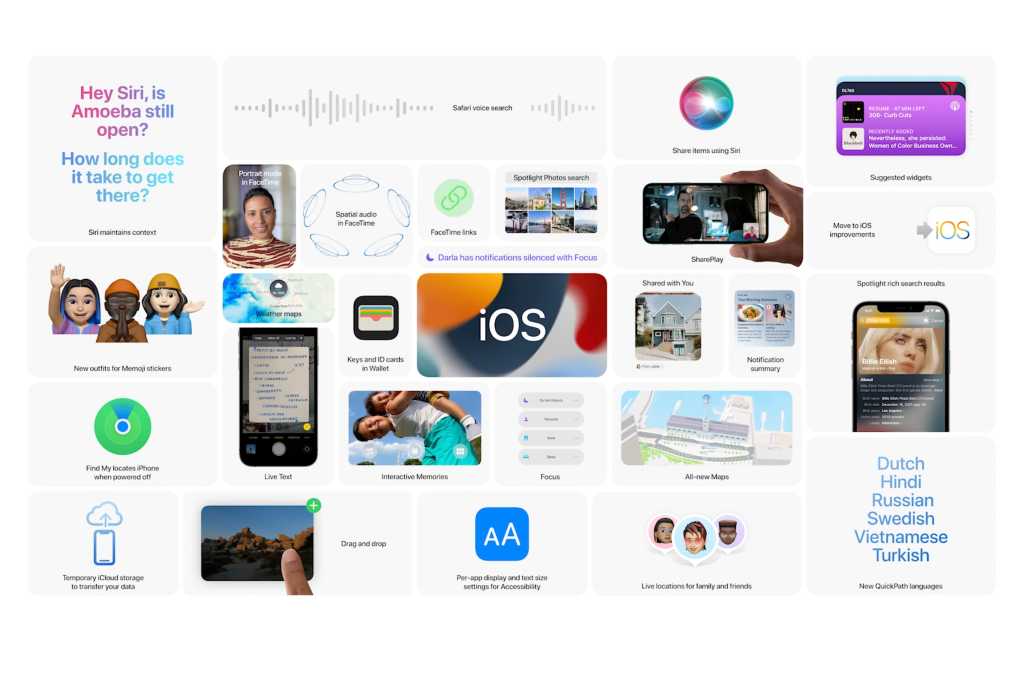 Update 07/27/21: iOS 15 Beta 4 has been released to developers with several new tweaks. The public beta usually follows with in a day or so.

Every year, Apple releases major updates for its iPhone and iPad operating systems in the fall. For months before that, it releases beta test versions for developers and the public. They’re often incomplete and buggy, but it can be exciting to try out everything before it gets pushed out to a billion devices in the fall. We highly recommend you do not run this beta on a critical device. Yes, you can downgrade back to iOS or iPadOS 14, but it’s not a fast and easy process, and you may lose some of the information that you haven’t backed up or saved in the cloud. We also recommend you backup your iPhone or iPad before you get started. If you want to know all about the new features coming to your iPhone and iPad this fall, check out our iOS 15 and iPadOS 15 guides.

Besides, beta testing is a good way to help find bugs and problems and results in a more stable release this fall. Just use the Feedback app to submit bug reports. If you’re interested in running the iOS 15 or iPadOS 15 beta, here’s how you get it.

[For more tips, tricks, news, features, and updates, check out our iOS 15 superguide.]

Apple continues to fine-tune its Safari redesign, though the tab/URL bar is still on the bottom. You’ll now find a share button and reload button on the bar, and you can Show Bookmarks by long-pressing the URL bar.

iPadOS 15 now has the same Safari tweaks as macOS, with an option in Settings to place tabs on a separate bar.

MagSafe Battery Pack support is added in Beta 4, bringing it in line with iOS 14.7.

Shortcuts have a new action available to them: Return to Home Screen.

You can now choose whether to share your Focus status with someone in Messages on a person-by-person basis.

Registering for the Public Beta

It couldn’t be easier to enter the public beta program. Simply head to beta.apple.com and tap “Sign up.” You need to do this on the device upon which you wish to run the beta. You’ll be asked to sign in with your Apple ID, agree to terms of service, and then download a beta profile.

Once you download the beta profile, you need to activate it.

Open Settings, then tap General. Scroll down to Profile and select it. You can then tap on the iOS 15 or iPadOS 15 beta software profile and choose to activate it.

Note that the Developer Beta is available right away, but Apple says the Public Beta won’t begin until July.

Once you’ve registered, downloaded the profile, and activated it, you’re ready to download the beta.

Open Settings, then General, then Software Update. You should see that the iOS or iPadOS 15 public beta is available for download—if you don’t see it, make sure the profile is activated and installed. It can take a few minutes for the beta to show up after installing the profile, so don’t be in too big a hurry.

Once you have the profile installed, you will continue to get beta updates throughout the beta program. Every time a new public beta release is available, you will automatically receive it, or can go to Settings > Software Update to download it manually. There’s no need to re-download or activate the profile.

Registering for the Developer Beta

If you’re a registered developer (which costs $99/yr, go here to enroll), you can download beta releases a little earlier than the general public. Apple often makes a developer beta release available for iOS and iPadOS immediately during its WWDC conference in June, with the first Public Beta release following a few weeks later. Subsequent updates are much closer together: developers usually get the update just a day before the public release, if that.

That initial developer beta is often very sketchy, so we highly recommend you back up your device first, and don’t run it on your primary device!

Once you’ve registered your Apple ID as a developer, head to developer.apple.com/download/ using the iPhone or iPad upon which you wish to run the beta. You’ll have to sign in, and then you can download and install the beta profile from that page.

Then, activate the profile by opening Settings, then General, then scrolling down to the bottom to tap on Profile. You may have to restart your device, but then the beta should show up in General > Software Updates for you to download and install.

If you want to stop receiving beta updates, that’s easy enough. Just remove the profile and you won’t get any more beta releases—you’ll just stay on the one you have. Once the final public release of iOS 15 or iPadOS 15 is made available in the fall, your device will download that, and you’ll be on the regular public non-beta release schedule.

Simply removing the profile will stop you from getting further beta releases, but it doesn’t get you back to iOS 14 or iPadOS 14. To do that, you need to put your iPhone or iPad in recovery mode, connect it to your Mac or PC, and then use Finder (or iTunes on PC) to download the current regular iOS version and restore your device. This will reset it to a fresh out-of-the-box state. We told you to back up anything important and not to run the beta on a critical device!

You can run iOS 15 on any iPhone that runs iOS 14, and iPadOS 15 runs on any iPad that is compatible with iPadOS 14.

And here’s the list of supported iPads for iPadOS 15:

Apple event calendar: Looking ahead to 2022

Ghurka’s Near-Indestructible Gearpack No.4 Is Back (and Even Better Than Before)