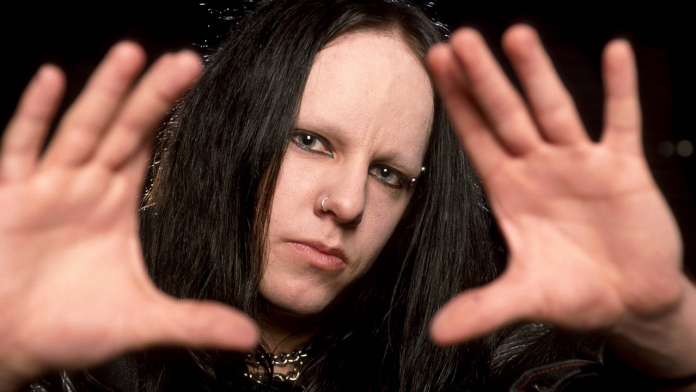 Slipknot founding drummer Joey Jordison has died. His family shared the news of his death via a statement, saying that he had passed away peacefully in his sleep on July 26. “Joey’s death has left us with empty hearts and feelings of indescribable sorrow,” the statement reads. He was 46 years old.

Jordison played in Slipknot from their demo, 1996’s Mate. Feed. Kill. Repeat, through their fourth studio album All Hope Is Gone (2008). The Iowa metal band’s primary percussionist was widely praised for his versatile and precise performance style. He was also a key part of the songwriting team in Slipknot, along with late bassist Paul Gray. (Shawn “Clown” Crahan is now the last remaining original member of Slipknot.)

In 2013, Jordison was dismissed from Slipknot. Some years later, he explained that he had been fighting a neurological disorder called transverse myelitis since 2010, and that his condition had worsened around the time he was fired. “I couldn’t play any more. It was a form of multiple sclerosis, which I wouldn’t wish on my worst enemy,” he said.

As of 2018, Jordison had made a “completely 100-percent” recovery from transverse myelitis, and was playing in the band Sinsaenum alongside Attila Csihar and keyboardist Sean Zitarsky. He performed in numerous projects over the course of his career, including Murderdolls—a revival of his pre-Slipknot band the Rejects—Scar the Martyr, and others.