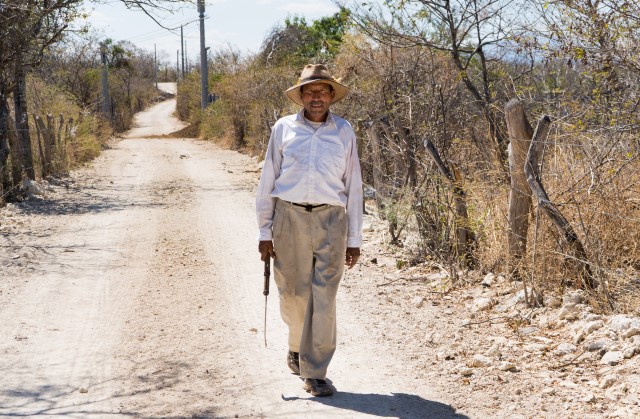 One of the world’s most vulnerable regions to climate-related threats, Central America’s Dry Corridor has been directly impacted by climate change over the last 20 years. Long periods of drought combined with strong rains are a constant threat to the food security, livelihoods and food production of the most vulnerable populations in the region, who mainly engage in subsistence farming.

During the last two years, the already fragile region has been severely impacted by the combined effects of the coronavirus disease 2019 (COVID-19), Tropical Storms Amanda and Cristóbal, and Hurricanes Eta and Iota, especially in Honduras, El Salvador and Guatemala. Large areas of cropland were damaged by the Hurricanes; damages to the livestock and fisheries sectors, as well as transport infrastructure were also reported. In El Salvador, 50 percent of households who engaged in maize and bean cultivation lost at least half of their production due to the combined effects of the Hurricanes, and of the pandemic and related containment measures. In Honduras, production losses were up to 61-80 percent. This means that households have lost their food stocks at a critical time given the ongoing lean season (MarchAugust). This has led to worse levels of already high levels of poverty and malnutrition, further delaying economic recovery, mainly affecting rural populations and indigenous communities.

In this context, the latest global meteorological models analysed by the Inter-Agency Standing Committee early warning and risk analysis group (which includes the World Meteorological Organization and the International Research Institute for Climate Prediction) indicate a risk of rainfall deficit in Central America in the coming months, with a potential high impact on the primera season. Although the risk of rainfall deficit has been categorized as “moderate”, the potential impact on food security has been classified as high, especially in the Dry Corridor and in areas with higher levels of migration due to the existing level of vulnerability of the population.

Reduced rainfall will potentially affect the recharge areas and the springs, which directly affect the water supply required by communities and for them to carry out agricultural production activities. More specifically, maize and beans would be the most affected crops of the primera season. The health of small livestock (poultry, pigs) and cattle would also be affected. Currently, the number of farmers and herders in need of urgent livelihoods assistance has dramatically increased to over 3 million.

In response, the contribution of USD 500 000 from the Government of the Kingdom of Belgium, through FAO’s SFERA, will allow to strengthen the productive capacities of about 1 500 vulnerable families (7 500 people) by providing them with the necessary inputs and technical assistance to improve their water storage infrastructures and water management capacities for cultivation, fish production and household consumption, and enhance their agricultural, livestock and fishing production.