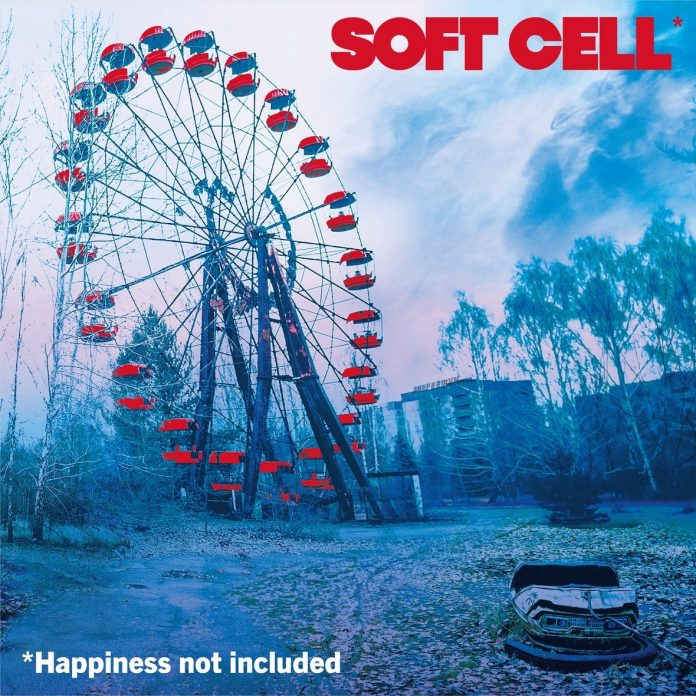 Soft Cell—the UK synth-pop duo of Marc Almond and producer/instrumentalist David Ball—have announced their first album of new material in 20 years. *Happiness Not Included arrives spring 2022 via BMG, and, no, the asterisk is not a typo. They’ve also announced a November tour of the United Kingdom. Check out the album artwork and tracklist below.

Frontman Marc Almond said in a press release, “In this album I wanted to look at us as a society: a place where we have chosen to put profits before people, money before morality and decency, food before the rights of animals, fanaticism before fairness and our own trivial comforts before the unspeakable agonies of others. But in the album there is also a belief that there is a utopia if we can peel back the layers and understand what really matters.”

Soft Cell’s last album of new and original material, Cruelty Without Beauty, came out in 2002.  Read about Soft Cell’s “Tainted Love” in “The Story of Goth in 33 Songs.”