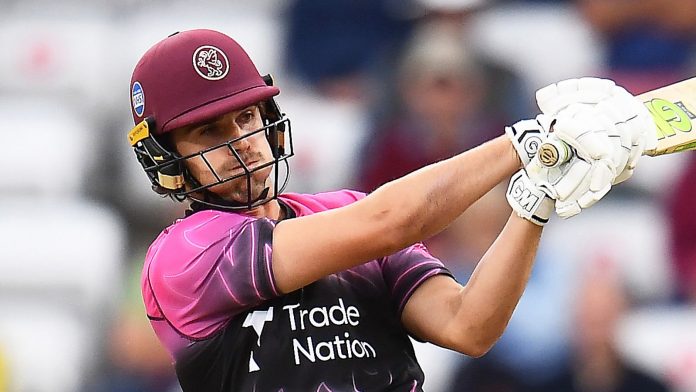 The other two Royal London One-Day cup games scheduled for Wednesday – Yorkshire vs Northants and Kent vs Lancashire – were both abandoned due to rain; eighteen-year-old Will Luxton scored 68 on debut for Yorkshire before the weather intervened

Somerset beat Glamorgan by one run in a Royal London One-Day Cup thriller at Taunton, with the hosts’ new List A captain Ben Green hitting a vital 87 from 72 balls.

But Green, coming in at number seven, smashed 11 fours and a six in his pivotal knock. He shared in partnership of 86 runs with Lewis Goldsworthy (41) for the sixth wicket as Somerset ultimately posted a score of 180-7.

Glamorgan, in reply, fell one run short on 179-9. Billy Root and Tom Cullen top-scored with 37, sharing in a 75-run stand, but couldn’t find much support elsewhere.

Young Somerset seamers Kasey Aldridge (3-39) and Sonny Baker (2-41) shared five of the wickets, while Green added to his fine outing with 2-32.

Andy Gorvin (12no) needed a six off the last ball of the game, bowled by left-arm spinner Goldsworthy, and though he hit a powerful four over the bowler’s head, he couldn’t quite clear the rope to secure a famous win.

The other two Royal London One-Day cup games scheduled for Wednesday – Yorkshire vs Northants and Kent vs Lancashire – were both called off due to rain.

Will Luxton’s debut 68 dragged Yorkshire out of trouble against Northamptonshire before the weather prevented the visitors from chasing their target of 223.

Luxton, aged 18, led the home side’s recovery from 69-6 to 222 all out in the final over. Northamptonshire seamer Jack White impressed, taking 3-38 on his List A debut.

Only five balls of the Northants run-chase were bowled before the players were called off and the match ultimately abandoned.

In Kent, just 14.5 total overs were possible before rain intervened and the contest was called off. Lancashire were 71 without loss at the time, with Josh Bohannon 39 not out and Keaton Jennings unbeaten on 24.