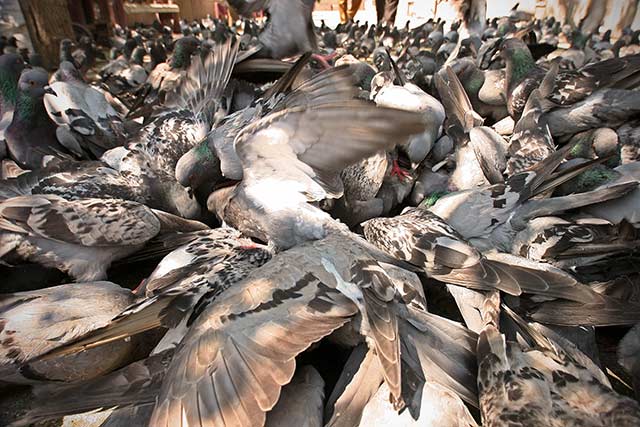 The threat posed by the persistence of Transboundary Animal Diseases (TADs) and their consequences to a country’s economy and livelihoods leads FAO to continue its assistance to its member countries when dealing with these threats.

In 2011, FAO refurbished a manual, “Good Emergency Management Practice (GEMP): The Essentials”, which set out clearly the elements required for veterinary services to achieve preparedness planning for any disease emergency in animals. The aim of this manual is to assist veterinary services to be better prepared and hence could respond on a timely manner when faced with disease emergencies.

In order to reach a maximum number of veterinarians and expose them to this tool, FAO through its Crisis Management Centre for animal health and in close collaboration with ECTAD units and other decentralized FAO offices, started organizing various trainings at both regional and national level. A first one was organised in Entebbe, Uganda gathering representatives from five countries part of the Eastern Africa. Thereafter, the same type of trainings were held in West Africa for French-speaking countries, in the Maghreb region, Middle East, China, Southeast Asia and Latin America.

Considering the recent resurgence of Highly Pathogenic Avian Influenza H5N1 in West Africa, the persistence of Foot and Mouth Disease and the threat posed by Rift valley fever observed in the region, a strong emphasis to continue FAO efforts towards building country capacities in preparedness for animal disease emergencies is needed.

That’s why in Africa, this initiative was taken further, whereby similar GEMP trainings were organized at regional, national and provincial level. These trainings gathered a big number of animal health professionals, field veterinarians and public health practitioners involved animal disease control and human diseases with public health importance. Additionally, representatives from other sectors such as the wildlife and public health and laboratories were included.

In May, June and July this year, seven GEMP were organised by the ECTAD-Nairobi and ECTAD-Bamako in Ethiopia, Kenya, Uganda, Tanzania and Benin respectively, thanks to funding provided by United States Department of Agriculture (USDA) and the Defense Threat Reduction Agency (DTRA). Additionally, in August, a national Training of Trainers (ToT) Workshop on GEMP was organized in Beijing, China to train the first group of trainers who will roll-out the training at provincial and local levels across China.

GEMP workshops bring participants together to primarily exchange their experiences while dealing with disease emergencies. GEMP is a hub of knowledge, and helps country to assess their level of preparedness and command structures, risk analysis, also to review their contingency plans, funding mechanisms, information system, compensation plans, just to name a few. At the end, participants need to come up with an action plan or roadmap for the future activities implementation.

Some of the success stories drawn from this initiative are the examples of South Africa with the creation of the “GEMP working group” that was established with a mandate to work on the finalisation of the national HPAI contingency plan, Kenya where the GEMP principle has been applied during the dissemination of Rift valley fever Contingency plan in the 4 high risk clusters of the country since the beginning of August 2015, and the example of Ivory Coast, which applied the acquired knowledge on GEMP principles to respond to African Swine Fever outbreaks of 2014.

As of today, over 514 participants from 47 countries have been trained. FAO hopes to extend this great initiative to different regions, and countries as resources are made available. Other funding options to be considered would be to insert this activity within ongoing programmes such as EPT2 and TCP projects. The next planned workshops will be held in Harare and Algiers in October 2015.