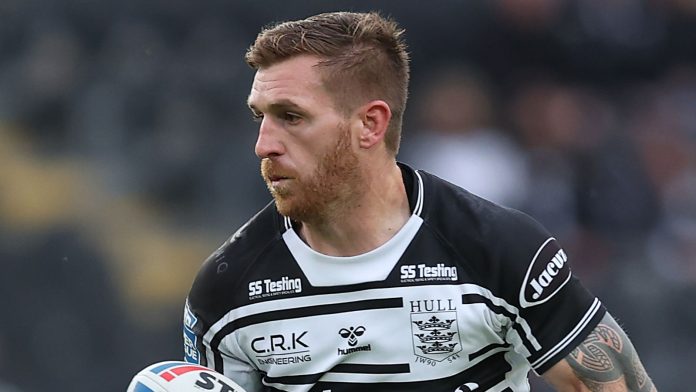 In a season where every team has, to some extent, been affected by Covid-19 and the general injuries which come with playing top-level rugby league, Marc Sneyd has been a consistent presence for Hull FC.

That clash with their Yorkshire rivals at the MKM Stadium kicks off a run of three games in the space of 10 days, but Sneyd is determined to play his part in all of those matches if possible and relishes the fact there is such a busy period coming up.

“I’m absolutely fine,” Sneyd said. “I enjoy the tough periods and I see it as a bit of a challenge, and I think a lot of the other boys do as well.

“The best part of this job is playing in games and, this is just me personally and I can’t speak for everyone else, but the more games the better.

“It doesn’t bother me, and I’d rather be out on the field playing a game than training and things like that.

“I’m looking forward to it, hopefully I’ll stay injury-free and can be involved for the rest of the season.”

The best part of this job is playing in games and, this is just me personally and I can’t speak for everyone else, but the more games the better.

Now in his seventh season with Hull FC, Sneyd’s importance to the team is underlined not just by his ever-present nature, but also the fact he was included in the newly-formed co-captaincy group along with club skipper Danny Houghton and the currently-sidelined Scott Taylor at the start of the 2021 campaign.

The goal-kicker has once again provided an assured presence in the halves for the team this year whether playing alongside off-season NRL recruit Josh Reynolds or the up-and-coming Ben McNamara and head coach Brett Hodgson is delighted with how Sneyd has flourished as part of the on-field leadership team.

“He’s been brilliant, and he’s really stepped ahead in his leadership of the group,” Hodgson said.

“For me, it was a no-brainer to name him in the captaincy group because he leads the team around, he’s a calming influence and he’s a high-quality player as well.

Leeds will have a new captain when they take on Hull FC on Thursday night, live on Sky Sports Arena.

“I’m really impressed with some of the things Marc has done and I still feel he’s got plenty of improvement in his game as well, which is pleasing for us as a club.”

It has been a solid start to the Hodgson era at Hull FC, with the team sitting fifth in the Super League standings heading into the clash with Leeds, although a 40-26 defeat to Huddersfield Giants last week somewhat dented that.

It was a defeat which came on the back of the team having not played for nearly a month due to Covid-19 issues, which required the coaching staff to come up with some inventive approaches at training to keep players focused with low numbers and Hodgson, at one point, having to self-isolate.

“The coaches did a pretty good job of it in the sense that the training sessions we did were a bit different in that there were some fun elements in there,” Sneyd said.

For me, it was a no-brainer to name him in the captaincy group because he leads the team around, he’s a calming influence and he’s a high-quality player as well.

“We had a game of football one day and things like that, and they just tried to mix it up, keep everybody fresh and keep everybody guessing what we were going to be doing at training the next day. It wasn’t that bad, but obviously you’d much rather be out in a stadium playing a game.

“As soon as the game came around, the excitement was back – but it got squashed a little when the game started to get away from us. But it was definitely good to be back out playing.”

Sneyd has a bit of extra motivation for Hull to return to winning ways in front of their own fans on Thursday evening, with the visit of Leeds set to see the half-back reach the personal milestone of 250 career appearances.

He has come a long way since his debut for Salford Red Devils in a 27-10 loss to Warrington Wolves just over 11 years ago, including two Challenge Cup successes with Hull, and admitted that first Super League experience at The Willows was hardly a precursor for what was to follow.

Marc Sneyd will make his 250th career appearance on Thursday evening at the MKM Stadium, including 169 appearances for the Black & Whites! 🤩👏

“It was far from successful and probably anyone who was watching would never think I’d make it to 250 games, to be honest,” Sneyd said.

“But I’ll always remember it because it was my debut. There was only one direction I could go after that, so it was fine.”