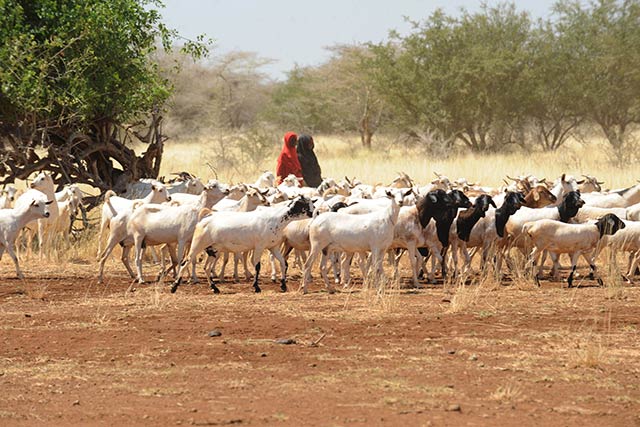 Widespread acute malnutrition persists across Somalia and large numbers of people will be acutely food insecure through December 2015, following below average cereal harvests in crop dependent areas; poor rainfall in some pastoral and agropastoral areas; trade disruption in some southern urban areas due to insurgent activities; and new and continued population displacement.

This situation is likely to be exacerbated by heavy downpours and flooding which typically happen during Deyr rainy season. These rains fall from October to December and, as is the case this year, are affected by El Niño.

An estimated 214,700 children under the age of five are acutely malnourished (39,700 of them severely malnourished) based on prevalence results from 39 nutrition surveys conducted  from May to July 2015 by the Food Security and Nutrition Analysis Unit for Somalia (FSNAU), a project managed by the Food and Agriculture Organization (FAO) of the United Nations, and partners across Somalia.

Internally Displaced Persons (IDPs) in Dhobley currently face a nutrition emergency as Global Acute Malnutrition (GAM) prevalence has nearly doubled (from 11 percent in the Deyr rainy season in 2014/15 to 20.7 percent in the 2015 Gu rainy season) and is accompanied by critically high levels of  Crude Death Rate-CDR (more than one person for every 10,000 each day). Internally Displaced People in Dollow have suffered a further deterioration in their nutrition situation since December 2014 with an increase in Critical levels of Global Acute Malnutrition (from 21.6 percent to 26.4 percent) along with an increase in both Crude Death Rates and Under-five Death Rates.

According to the latest findings from a joint countrywide seasonal assessment by FSNAU, the USAID-funded Famine Early Warning Systems Network (FEWS NET), and other partners, 855,000 people across Somalia will be in Crisis and Emergency (IPC Phases 3 and 4)* through December 2015. This figure represents a 17 percent increase over the estimate for February to June 2015.

Populations in Emergency and Crisis (IPC Phases 4 and 3) need urgent lifesaving humanitarian assistance and livelihood support, including urgent nutrition and health support for the acutely malnourished between now and December 2015. Populations experiencing an acute food security Stressed (IPC Phase 2) situation remain highly vulnerable to shocks that could push them back into a food security Crisis or Emergency (IPC Phases 3 or 4) situation..

The 2015 Gu season (April-June) rains started on time but ended early, in May, in most regions. Mostly as a result of early cessation of the rains in the main cropping areas of southern Somalia, overall cereal production, including off-season production expected in September, was 25 percent below the long-term average (1995-2014). In the Northwest Agropastoral livelihood zone, poor rainfall contributed to low production prospects, with the 2015 Gu-Karan cereal harvest (October-November) estimated at only 37 percent of the five-year average for 2010-2014. In the nearby Guban Pastoral livelihood zone, drought conditions have contributed to a severe water shortage and unusual livestock deaths.

In most pastoral and agropastoral livelihood zones, livestock production and reproduction has continued to improve, contributing to improved food security outcomes. Further improvements are expected a result of better livestock performance in the forthcoming Deyr season.

Areas and populations of concern

Other priority groups include poor and vulnerable urban populations in the South that have been affected by trade disruption due to insurgent activities in Bulo Burto (Hiran Region) and Hudur and Wajid (Bakool Region).

As malnutrition rates are critical, the following livelihood zones and population groups are priorities for nutrition programming:

In the drought-affected Guban Pastoral livelihood zone, acute food security Crisis (IPC Phase 3) will prevail. More livestock deaths are expected until the start of Deyr rains, which bring run-off water from the highlands, and Hays rains, which start in December.