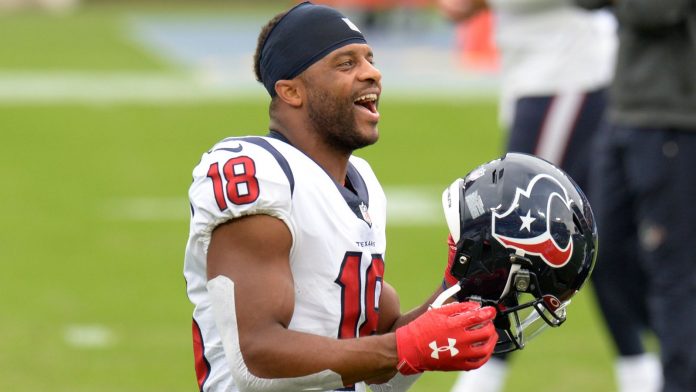 Randall Cobb spent his first eight NFL seasons playing for Green Bay and the wide receiver is back with the Packers; in return the Houston Texans will reportedly get a sixth-round draft pick in 2022

Wide receiver Randall Cobb reunited with reigning NFL MVP Aaron Rodgers and the Packers on Wednesday as Green Bay acquired him from the Houston Texans in exchange for a draft pick.

The Packers confirmed the deal but did not disclose what draft pick they sent to Houston. NFL Network reported it was a sixth-round selection in 2022.

Earlier in the day, Cobb appeared to confirm his return to Green Bay.

He took to social media and wrote “I’M COMING HOME!” accompanied by an old picture of him wearing his Packers uniform.

His return to the Packers comes on the heels of Rodgers rejoining the team on Tuesday. It was the first time that Rodgers was with Green Bay since his exit interview after the team’s 31-26 loss to the Tampa Bay Buccaneers in the NFC Championship Game.

He had 38 catches for 441 yards and three touchdowns in 10 games last season with the Houston Texans.

The Packers made Cobb a second-round pick in the 2011 draft out of Kentucky.