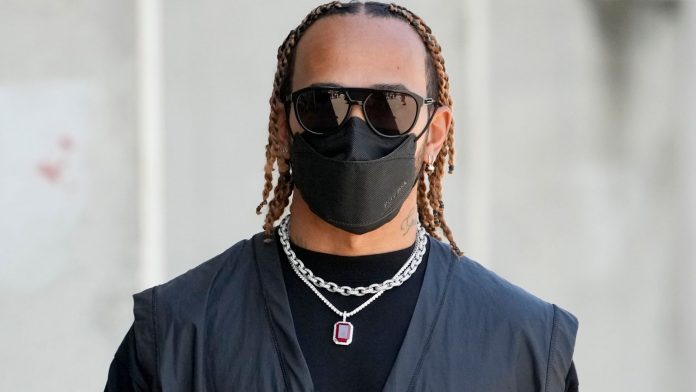 “Everyone deserves to have the freedom to be themselves, no matter who they love or how they identify,” says Hamilton, in response to recently imposed legislation in Hungary limiting the teaching in schools about homosexuality and transgender issues

Lewis Hamilton has strongly criticised the Hungarian government and voiced his support for the LGBTQ+ community in the country.

Ahead of this weekend’s Grand Prix in Budapest, Hamilton posted a message on his Instagram story in which he described as “cowardly” recently imposed legislation in Hungary, which bans the depiction of homosexuality to young people.

“To all in this beautiful country Hungary. Ahead of the Grand Prix this weekend, I want to share my support for those affected by the government’s anti-LGBTQ+ law,” wrote Hamilton.

“It is unacceptable, cowardly and misguiding for those in power suggest such a law. Everyone deserves to have the freedom to be themselves, no matter who they love or how they identify.

“I urge the people of Hungary to vote in the upcoming referendum to protect the rights of the LGBTQ+ community, they need our support more than ever.”

Hungarian prime minister Viktor Orban announced last week that a nationwide referendum would be held on legislation that limits the teaching in schools about homosexuality and transgender issues.

Racing Pride, a movement that supports LGBTQ+ inclusion in the motorsport industry and has recently partnered with Aston Martin’s F1 team, also expressed its solidary with the LGBTQ+ community in the country.

We would like to express our solidarity with the Hungarian #LGBTQ+ community.

We hope that seeing our partners and ambassadors on track this weekend will shine a light on this issue and help inspire those facing discrimination. (2)#F1 #weraceasone #HungarianGP pic.twitter.com/35jvnBrEmD