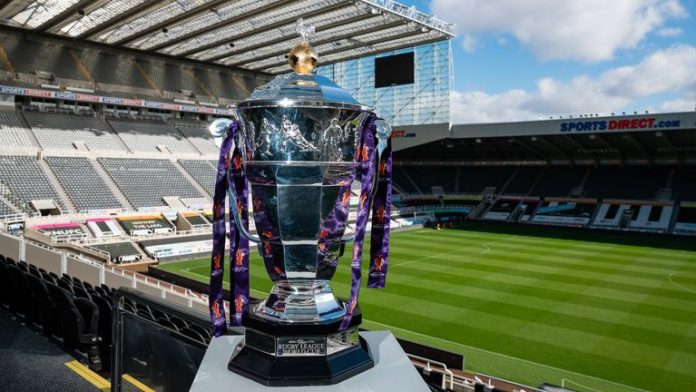 Organisers of RLWC2021 are speaking to players to get their views before making a decision on whether to proceed as planned, with a decision expected early next week; Talks have taken place over Indigenous and Maori teams replacing Australia and New Zealand

The prospects of staging the Rugby League World Cup this year are “50/50”, according to chief executive Jon Dutton, who expects a decision to be made over whether it will go ahead as planned by early next week after consultation with players.

Last week’s decision by the Australian Rugby League Commission and New Zealand Rugby League to withdraw their national teams from the tournament in England, which is due to kick off on October 23, over safety fears around the Covid-19 pandemic took organisers and players by surprise.

RLWC2021 chief executive Dutton and his team are now in the process of surveying players to find out how willing they are to play in the tournament and pursuing alternative options, with the choices facing the board being to go ahead as planned, postpone to next year or cancel the World Cup all together.

The chance of the Rugby League World Cup 2021 being staged as planned in October is 50/50 according to the tournament’s chief executive, Jon Dutton.

“It’s probably 50/50, but we won’t know until we listen to the players,” Dutton, who expressed his concerns players’ views were not taken into account by the ARLC or NZRL, said. “What is clear is the players’ voice and player choice has not had a bearing on the decisions made.

“We appreciate they have concerns and I think the concerns are more about wellbeing rather than safety. Many of them have been in bubbles and away from families, and we fully appreciate that without players we don’t have a tournament.

“We’ve had two emergency board meetings since last Thursday and the board are unanimous that if we are able, we want to stage the tournament in 2021.

“We have to be responsible given the level of public investment, our broadcast and commercial partners, so we have always had alternative options. They include postponement [to 2022], as unpalatable as that is at this moment in time, and also not staging the event at all.”

Terry O’Connor says Australia and New Zealand must re-think their decision not to take part in the Rugby League World Cup.

Initial talks have taken place over the possibility of Australia and New Zealand being replaced by Indigenous and Maori representative teams, although they would have to be sanctioned by International Rugby League to play in the World Cup.

Dutton cited the New Zealand Maori team being part of the 2000 World Cup as precedent for that, albeit in different circumstances, and the plan is for the men’s, women’s and wheelchair tournament to proceed with their full complement of teams if possible.

“We’ve certainly been in communication with the Indigenous and Maori representatives, and we’re certainly excited by those propositions,” Dutton said.

“We’ll undertake some due diligence because they are not national teams or teams which regularly exist at the moment, but certainly that work, communication and consultation is already under way.

“We want to see players from around the world playing in 2021 and if there is a way we can do that we want to investigate all possibilities.

Australian Rugby League Players Association chief executive Clint Newton and Australia international Daly Cherry-Evans are among those who have spoken out over the players not being consulted since the withdrawals were announced.

Tonga’s Jason Taumalolo has also confirmed his intention to play at the World Cup, while a comprehensive infographic produced by the RLWC2021 organisers has been sent to competing teams and players outlining the stringent Covid-19 mitigation measures which will be in place.

And while Dutton accepts Australia and New Zealand are unlikely to change their minds, the tournament organisers remain open to a change of heart from them.

“My understanding is the position is irreversible, but if at any point [NRL CEO] Andrew Abdo or [ARLC chairman] Peter V’landys want to pick up the phone and have a conversation with us we would be nothing but delighted to speak to them,” Dutton said.